Arunachal, AP, Sikkim, Odisha Assembly polls to be held along with LS election

The elections to legislative Assemblies of Andhra Pradesh, Arunachal Pradesh, Sikkim, and Odisha will be held simultaneously along with the Lok Sabha polls, the Election Commission of India said on Sunday.

New Delhi: The elections to legislative Assemblies of Andhra Pradesh, Arunachal Pradesh, Sikkim, and Odisha will be held simultaneously along with the Lok Sabha polls, the Election Commission of India (ECI) said on Sunday.

The counting of votes will be done on May 23.

Announcing the poll schedule here at a press conference at Vigyan Bhawan, Chief Election Commissioner (CEC) Sunil Arora said: “There will be no state Assembly polls in Jammu and Kashmir. Only parliamentary elections will take place in the state.” 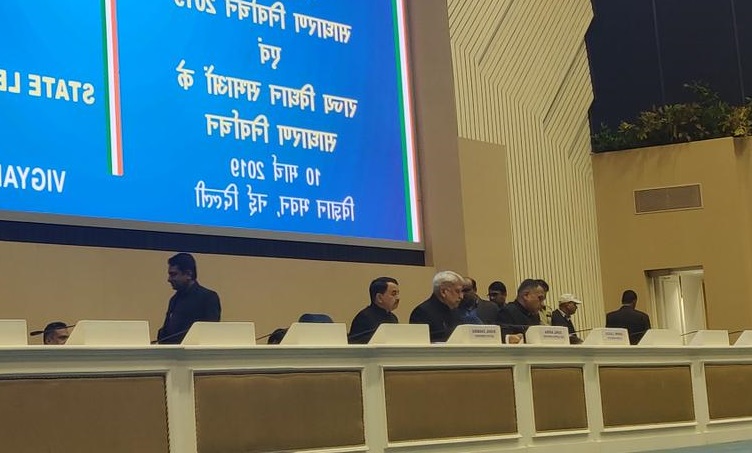 With the formal announcement of the election schedule, the Model Code of Conduct (MCC) comes into force with immediate effect, which debars the use of state machinery, public platforms and any such things for canvassing purposes.

With the MCC in force, the ministers and governments are not allowed to announce any financial grants in any form or promises or lay foundation stones of projects or schemes of any kind; or make any ad-hoc appointments in government, public undertakings, which may influence voters in favour of the party in power.

The term of  Vidhan Sabha ends on May 27 while that of Andhra Pradesh, Arunachal Pradesh and Odisha on June 18, June 1 and June 11 respectively. (With ANI inputs)

EC writes to Chief Secys, CEO ahead of LS Polls