The Bharat Bandh called by the Congress and other opposition parties against spiralling fuel prices paralysed normal life in Kerala, Karnataka and Puducherry on Monday but drew a mixed response in the other southern states


Thiruvananthapuram:  The Bharat Bandh called by the Congress and other opposition parties against spiralling fuel prices paralysed normal life in Kerala, Karnataka and Puducherry on Monday but drew a mixed response in the other southern states, officials said.

Sporadic incidents of attacks on private and government vehicles and shops were reported from a few places.

Vehicles were off the roads and shops and businesses were closed in the Left-ruled Kerala, which is observing a 12 -hour strike instead of the 9 am to 3 pm shutdown called by the Congress and other parties.

Both the CPI(M)-led Left Front and the oppposition United Democratic Front spearheaded by the Congress backed the shutdown. Attendance in government offices was thin and many people were stranded at bus terminuses and railway stations. A few shops that had opened in the morning were forcibly closed by bandh supporters as the day progressed. All flood relief works, essential services, tourism industry and transportation of the sick to hospitals were kept out of the purview of the bandh.

Normal life was thrown into disarray in the Karnataka where the Congress-JD(S) combine is in power. Roads in the city were deserted since morning as government buses, private taxis and most autorickshaws did not ply.Shops and malls remained closed as hundreds of workers of the Congress, JD(S) and the Left parties took to streets to enforce the bandh.

Bandh supporters hurled stones at hotels and shops in Mangaluru to force their closure. Reports received from various parts of the state including Tumakuru, Ramanagar, Mandya, Channapatna, Hassan, Mangaluru, Chamarajnagar, Mysuru, Hubballi, Bidar and Kolar said the shutdown was successful.

"It's an ill-intended bandh to trouble the common man. 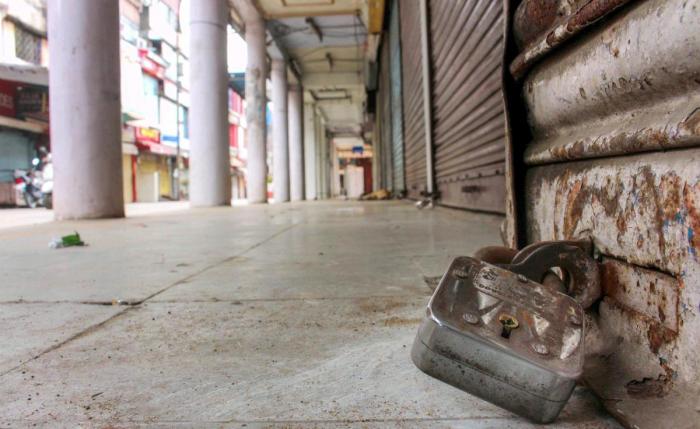 This bandh is benefiting only the extortionists. People know what's happening. Nowhere in the country it's successful except for Karnataka because it's a conspiracy of the Congress and JD(S)," Yeddyurappa said.

Normal life was largely unaffected in Tamil Nadu with educational institutions, government and private offices and commercial establishments running smoothly. Some autorickshaw drivers owing allegiance to Left trade unions like AITUC and CITU, besides the DMK-backed LPF, kept off the roads in state capital Chennai but most plied their vehicles.

Bus services to neighbouring Kerala were, however, suspended. Those headed to Karnataka were stopped at Hosur on the border, police said.

In his routine teleconference with party leaders, Chief Minister N Chandrababu Naidu criticised the Centre over the repeated hike in fuel prices and said it was having a cascading effect on the prices of essential commodities.

"This is becoming an unbearable burden on the common man," he said.

Scores of opposition Congress, Left and TDP supporters were taken into custody in Telangana while trying to prevent government buses from plying. Fuel stations were open, while there were reports of closure of some commercial establishments and educational institutions in Karimnagar and Warangal.

In the Union Territory of Puducherry, normal life was badly hit with streets deserted and shops and business premises closed. 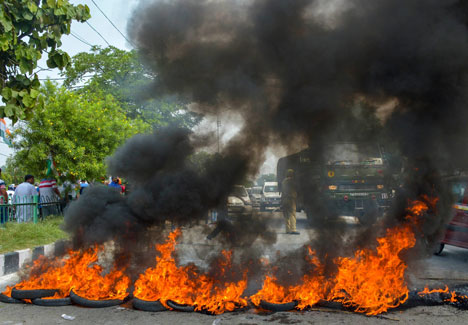 Protesters hurled stones at a Tamil Nadu government owned bus and a vehicle of a private college in two different places. Nobody was injured in the attacks and 13 people were taken into custody, police said.

More than 300 protesters were rounded up across Puducherry while trying to enforce the bandh. All private schools and colleges had declared a holiday, but attendance in government offices was normal and banks were open. (PTI)

Yediyurappa: Thanks to Kerala CM for initiating action against those dumping bio-medical, bio-wastes in K'taka