A train mishap was averted on Tuesday when bogies of the Bhubaneswar-New Delhi Rajdhani Express uncoupled on Kathjodi river bridge.

Bhubaneswar: A train mishap was averted on Tuesday when bogies of the Bhubaneswar-New Delhi Rajdhani Express uncoupled on Kathjodi river bridge near Cuttack.

No one was hurt when the bogies separated, an official of the East Coast Railway (ECoR) said.

Shortly after leaving Bhubaneswar station at around 9.30 am, the train suddenly came to a halt on the bridge triggering panic among the passengers. 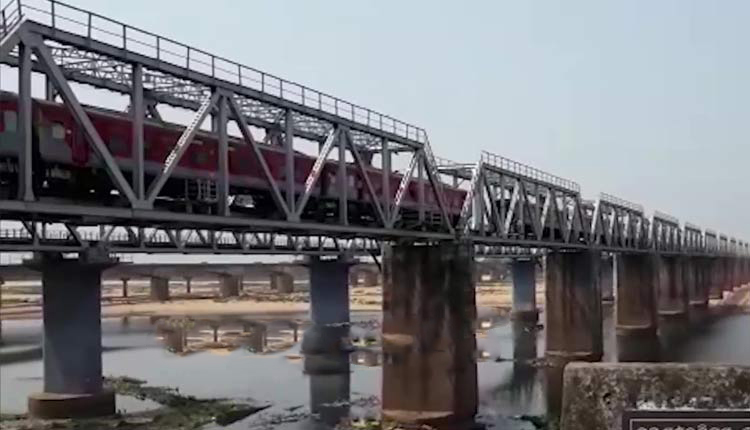 The affected bogies, B/3 and B/4, were joined and the train resumed its onward journey.

A panel has been formed by Khurda Divisional Railway Manager (DRM) Brij Mohan Agarwal to inquire into the matter and it will submit its report within 48 hours, he said.

"The reason will be known in a day or two.

Responsibility will be fixed after that," an official said. (PTI)

Mumbai: Rail Fracture in Down line between Goregaon-Malad restored