The 1989-batch officer Mishra will take over as the DGP upon the retirement of incumbent M L Lather on 3 November. Read on for details:

The 1989-batch officer will take over as the DGP upon the retirement of incumbent M L Lather on 3 November, an order issued by the department of personnel on Thursday night said. 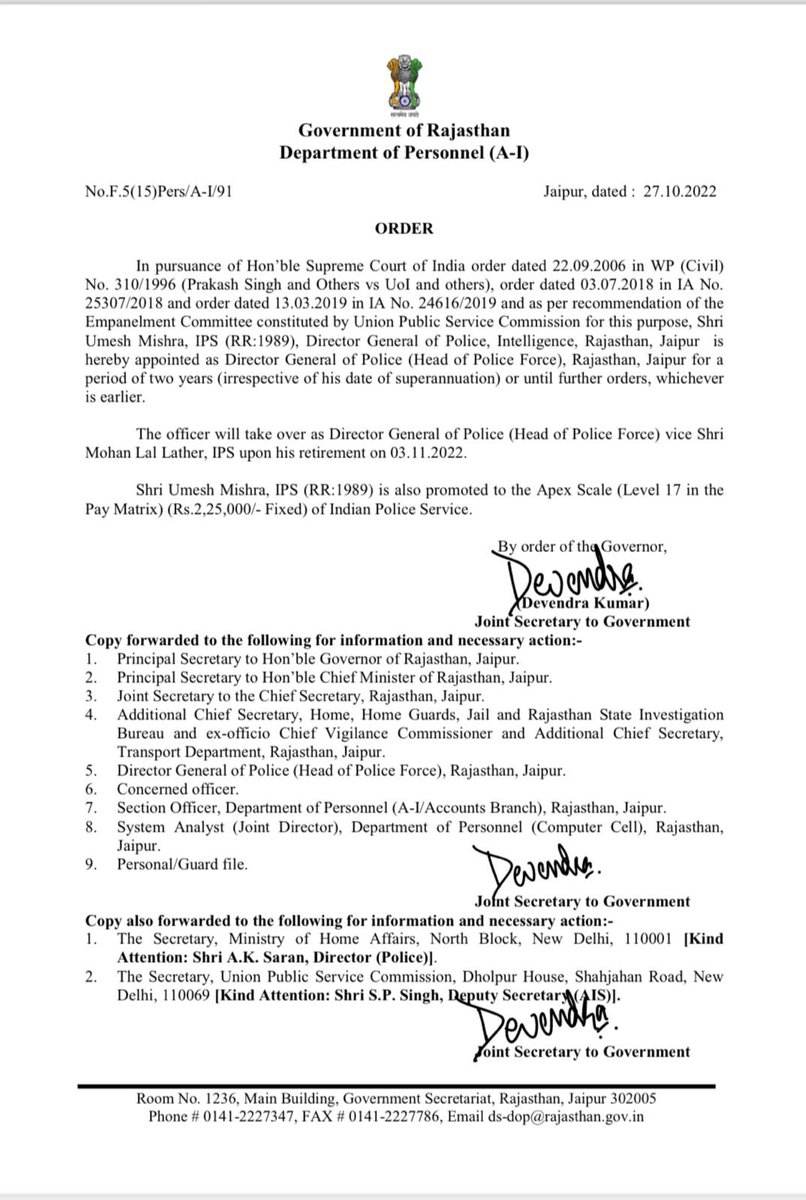 Mishra, who is currently the DG Intelligence, has been appointed as the DG (head of police force) for a period of two years (irrespective of his date of superannuation) or until further orders, whichever is earlier, it said.

At the same time, he has also been promoted to the apex scale (Level 17 in the pay matrix) of the Indian Police Service, the order read.

Find out! Why did Deepika visit Chittorgarh secretly?

One arrested for raping minor girls in Rajasthan