In a recent development in the Nirav Modi case, CBI has brought back his close aide Parab Subhash Shankar to Mumbai from Cairo on Tuesday morning. Read more on Dynamite News:

New Delhi: In a major development in the Nirav Modi scam case, his close aide Parab Subhash Shankar was brought back to Mumbai from Cairo city of Egypt by the Central Bureau of Investigation (CBI) team on Tuesday morning.

A CBI official confirmed that Subhash Shankar was in Cairo and after legal formalities he has been brought to India. A CBI team went to bring him back and the team reached Mumbai with Shankar on Tuesday morning. 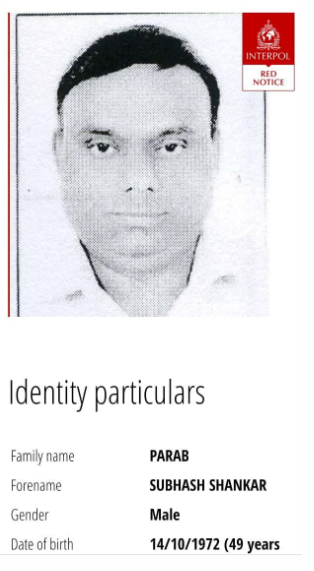 He is a close aide of absconding diamantaire Nirav Modi. He used to work as Deputy General Manager in one of the companies of Nirav Modi. We will get more information into the case during his questioning," he said.

In 2018, Interpol issued a red corner notice against Nirav, his brother Nishal Modi and his employee Subhash Shankar at the request of the CBI in connection with the multi-crore Punjab National Bank (PNB) scam.

In December 2021, Parliament was informed that 33 accused in bank fraud cases registered by the Central Bureau of Investigation (CBI) fled the country in the last five years. (ANI)

UK confirms Nirav Modi is in the country: CBI