The India vs Pakistan clash, which is often referred to as the `mother of all battles`, is all set to once-again fill the cricket fans with enthusiasm and anticipation as the two arch-rivals meet each other for the second time in a month's time in the high-voltage final of the Champions Trophy at the Kennington Oval

London: The India vs Pakistan clash, which is often referred to as the `mother of all battles`, is all set to once-again fill the cricket fans with enthusiasm and anticipation as the two arch-rivals meet each other for the second time in a month's time in the high-voltage final of the Champions Trophy at the Kennington Oval here today.

It was exactly two weeks ago when the Virat Kohli-led side thrashed Pakistan by 124 runs in their opening match of the eight-team marquee event at the Edgbaston Cricket Ground in Birmingham.

The cricket fans, not only from India and Pakistan, but across the globe had marked their calendar for June 4 when the two arch-rivals met each other for the first time since T20 World Cup in 2016. But little did they know that they would get another chance to rejoice. 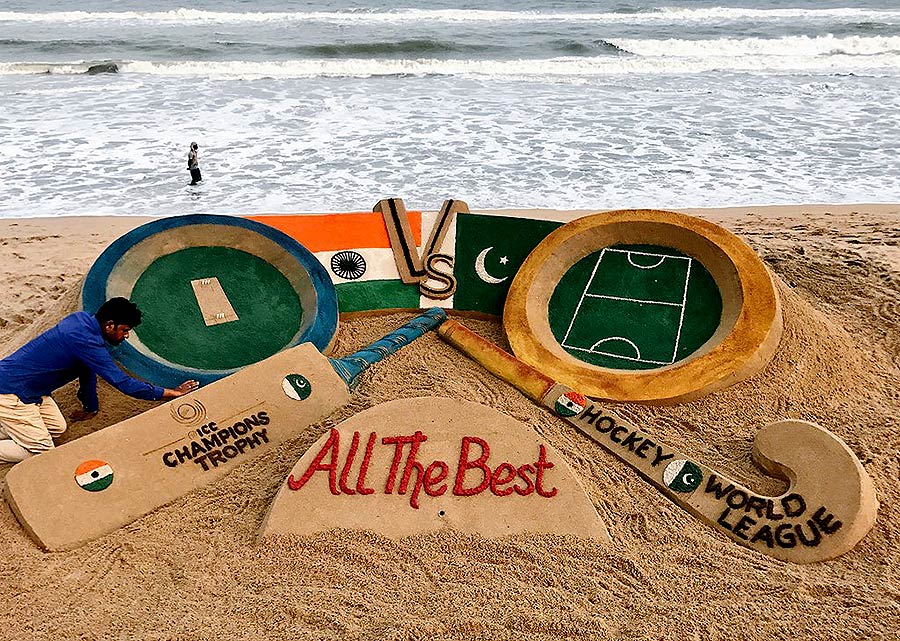 Following the defeat against India, Pakistan had managed to bounce back in the tournament and hammered South Africa and Sri Lanka in the group stage before defeating favourites England in the semi-final to book their place in the final.

Defending champions India, on the other hand, registered a resounding nine-wicket win over Bangladesh in the second semi-final to set up another mouth-watering, high-octane clash with Pakistan.

If India manage to clinch the victory at the Oval today, they will become the first team to win the Trophy three times and join Australia as the second team to defend the title.

Meanwhile, Pakistan would consider it as a golden opportunity to avenge their first match defeat against India and clinch their maiden title.

Earlier, Kohli had said that the Group Stage game would not have any relevance in what he expects to be a very exciting summit clash.

"I don't see any relevance of the first game here because you can never tell how a particular team starts a tournament. Some teams start very confidently and then they fade off. Some teams might not have the best starts, but come back amazingly, which Pakistan have done," Kohli said on the eve of the much-anticipated, high octane clash.

Pakistan coach Mickey Arthur, on the other hand, had said his team has got no other option but to attack the Indian batters in order to give themselves the best possible chance to win the title. 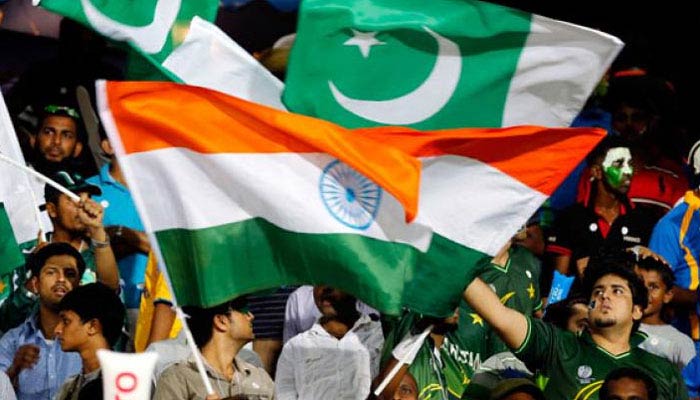 Some facts as the two Asian giants meet in one of Cricket's mega events:

· India have won four of their last five ODI matches against Pakistan; including a 124-run victory earlier on in this tournament during the group stage.

· This will be the fifth time these sides would have faced off in the Champions Trophy; the record is currently balanced with two victories each.

· Pakistan have reached a Champions Trophy final for the very first time; they knocked out England in Cardiff by a margin of eight wickets to get there.

· This is only the second time in India's last five appearances at the Champions Trophy that they've managed to progress beyond the group stage; they did go on to win it on that previous occasion though (2013).

· India come into this game having won nine of their last 10 Champions Trophy matches (L1); that defeat came during the 2017 group stage at the Oval however (v Sri Lanka).

· Pakistan have lost seven of their nine previous matches at the Oval in ODI cricket (W2) whilst India have alternated between victory and defeat across their last six ODI outings there; they beat South Africa at the famous London venue last time out.

· If Shikhar Dhawan (India) reaches 50 in this game, he'd have got there more often than any other batsman ever in the Champions Trophy (currently done it on six occasions).

· Pakistan's Hasan Ali has taken more wickets than any other bowler in the 2017 Champions Trophy; recording his 10 scalps at an average of just 17.2.

· Mahendra Singh Dhoni (India) has the highest batting average of any batsman ever to record 10+ ODI innings in games between these two sides; recording a rate of 58.4 across his 29 knocks in such encounters