Gandhi is undertaking a 3,500 km yatra to connect with people across the country while seeking to strengthen the Congress party. Read more on Dynamite News:

Kanyakumari: Former Congress President Rahul Gandhi on Friday hit back at the BJP over its 'Parivar Bachao' remark, saying the Bharat Jodo Yatra is being undertaken to undo the damage done by the BJP-RSS in the country.

Speaking to the media during the yatra which started from Kanyakumari on Thursday, Gandhi accused the BJP of taking control of institutions of the country and pressurising those who are against them. 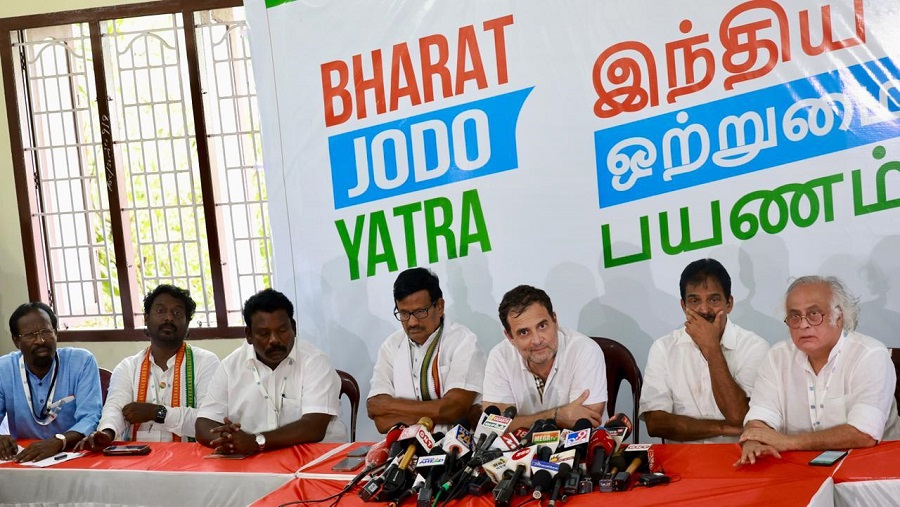 "Everybody has an opinion, BJP has one, RSS has its opinion. They are free to have these. For us, the Congress, this is a journey and an attempt at understanding what is going on in India and an attempt at undoing the damage that has been done by BJP and RSS," he said.

Gandhi alleged that the BJP has appointed its own people to the institutions of the country.

"They pressurise those who are against them. We are used to fighting political parties. Now the fight is not between parties. It is now between the structure of Indian state and the opposition. It is not an easy fight, and a lot of people do not want to fight," he told reporters.

Gandhi is undertaking a 3,500 km yatra to connect with people across the country while seeking to strengthen the Congress party, which has suffered successive electoral defeats in the last few years. (PTI)