Preparations are in full swing at Ramlila Maidan in the national capital where the Congress will hold 'Bharat Bachao' rally later in the day.

New Delhi: Preparations are in full swing at Ramlila Maidan in the national capital where the Congress will hold 'Bharat Bachao' rally later in the day.

Huge cut-outs of Congress interim President Sonia Gandhi, former party president Rahul Gandhi, general secretary Priyanka Gandhi Vadra have been put at the venue. Party workers from across the country will be participating in this rally, which is being organised to highlight several issues including "sluggish economy, rising unemployment, and farmers' problems."

According to sources, Sonia Gandhi, Rahul Gandhi, former Prime Minister Manmohan Singh, and other senior leaders will address the rally.

The party's emphasis is on mobilising a large number of people to join the rally, as well as a strategy is being planned to send a strong message against the Narendra Modi-led government at the Centre. The entire focus of the rally will be to attack the BJP-led government on its economic policies.

According to the sources, a large number of workers will join the rally and raise slogans of 'Modi Hai Toh Mandi Hai'. The Congress party will be using this slogan to counter BJP's slogan--'Modi Hai Toh Mumkin Hai'. 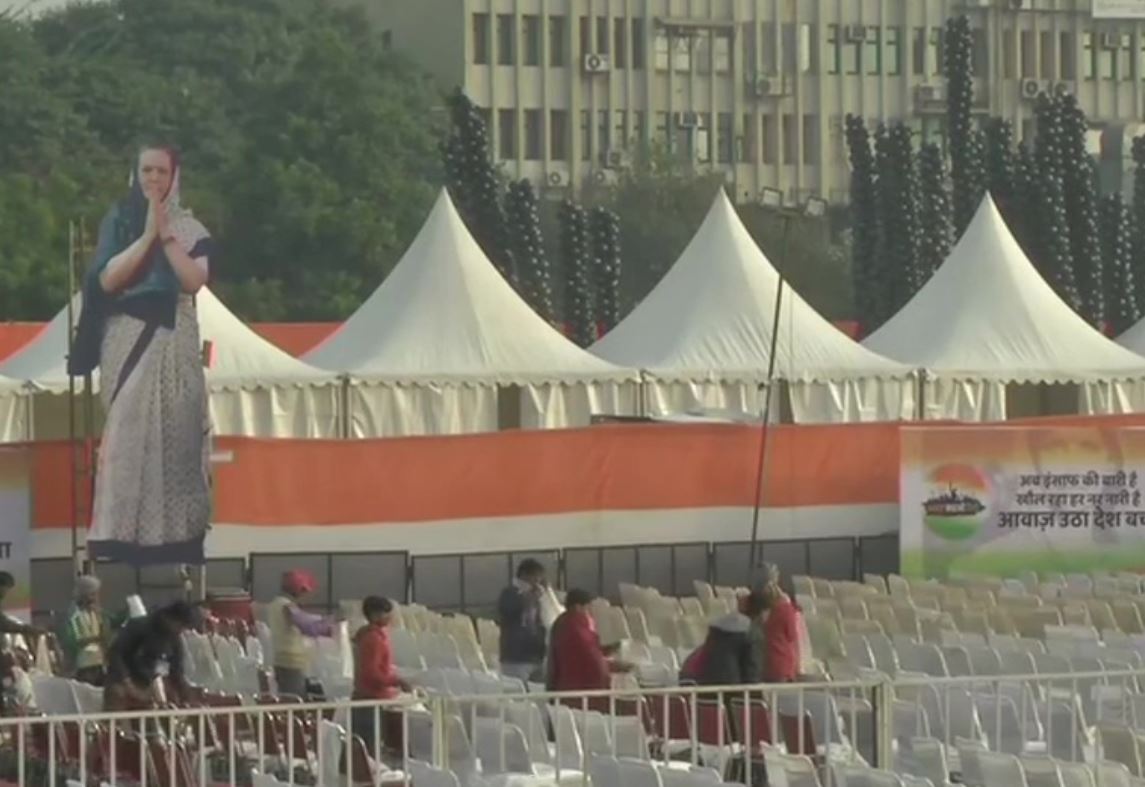 Moreover, party leader Rahul Gandhi will be the focus of the rally which is a planned move against Prime Minister Narendra Modi-led government.At the same time, according to reliable sources, 'Team Rahul' in the party is also preparing to use the rally to build momentum to the "Bring Back Rahul Campaign".

Gandhi had resigned as party president after his party's disastrous defeat in the 2019 Lok Sabha elections. There is a possibility of raising a demand to make Rahul Gandhi the party president again.A party source told ANI that as the entire party leadership will attend the rally therefore it will be an appropriate time to reach out to them. Workers will be seen with posters and banners focusing on Rahul Gandhi.

A party leader said that he has ordered a large number of Rahul's face masks for people to don at the rally. Frontal organisations like Youth Congress and NSUI will show full support to Rahul during the rally through posters, banners and flags to create an impression that the party needs the leadership of Rahul.

Although after stepping down as the party's chief, Rahul Gandhi has been maintaining a low profile in the party affairs and focusing on his Lok Sabha constituency Wayanad. However, recently many senior leaders of the Congress have made statements in favour of bringing him back at the top. 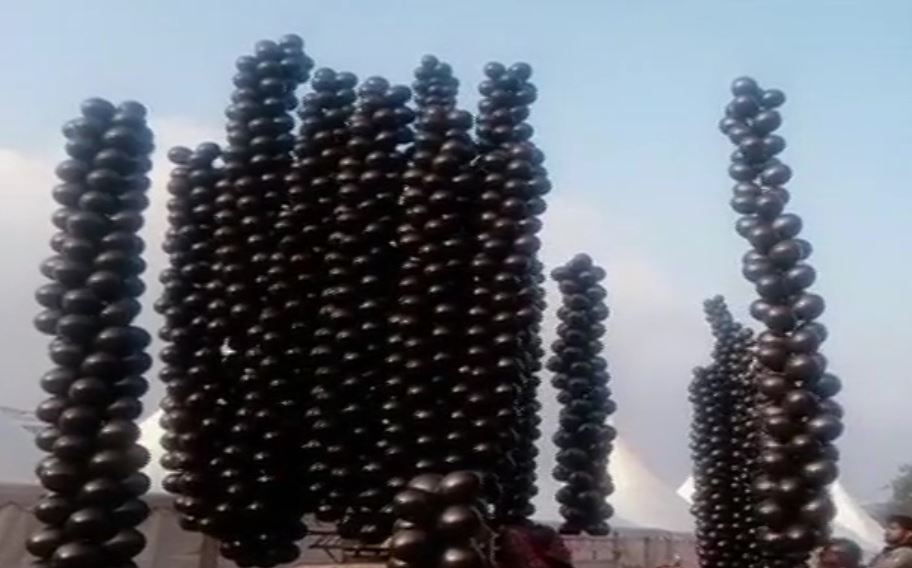 The rally holds significance for national and Congress' internal politics since it will be the party's first grand rally against the government policies after Sonia Gandhi took over as interim president. Moreover, the rally will be a show of strength for team Rahul too within the Congress party.

The rally of the Congress party was earlier scheduled to be held on November 30 but was later postponed to December 14 in view of the Winter Session of the Parliament, which concluded on Friday.(ANI)