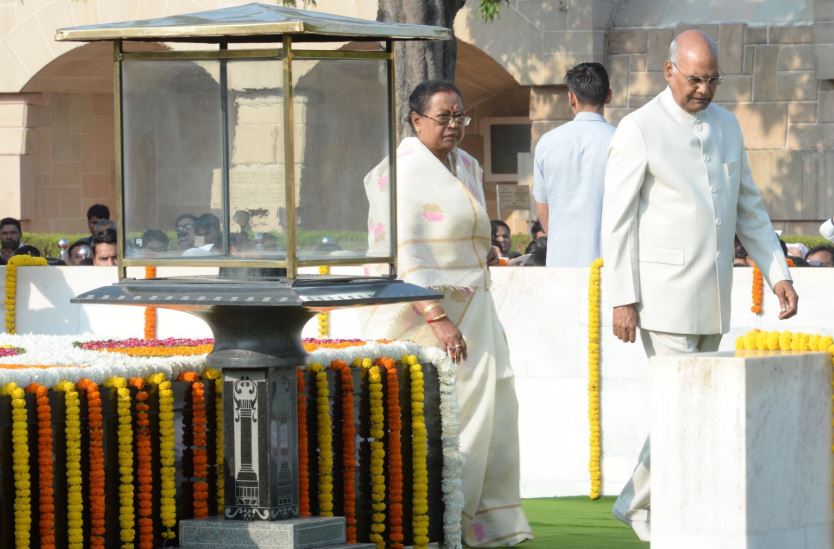 BJP's working president JP Nadda and veteran leader LK Advani were also present at Rajghat along with Union Ministers Piyush Goyal and Hardeep Singh Puri, who all paid tributes to the Father of the Nation.

Born on October 2, 1869, in Porbandar town of Gujarat, Mahatma Gandhi or Mohandas Karamchand Gandhi adopted a non-violent resistance and was the forefront of the freedom struggle against the colonial British rule with utmost patience.

This led to India finally achieving its independence in 1947. Fondly known as Bapu, his unwavering belief in 'swaraj' (self-governance) and 'ahimsa' (violence) won him accolades across the world. 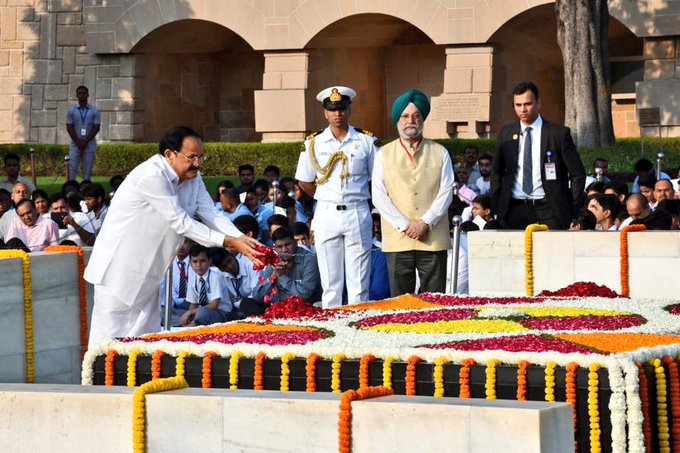 Globally, Mahatma Gandhi's birth anniversary is celebrated as the 'International Day of Non-Violence'.

Both Congress and BJP are organising a number of events throughout the country to mark Mahatma Gandhi's 150th birth anniversary.

The BJP has extended its Gandhi Sankalp Yatra by a period of three months. As per the circular sent to the leaders, the Yatra will now be a 120-day exercise and will culminate on January 31, 2020. Earlier, it was scheduled to be held between October 2 and October 31. 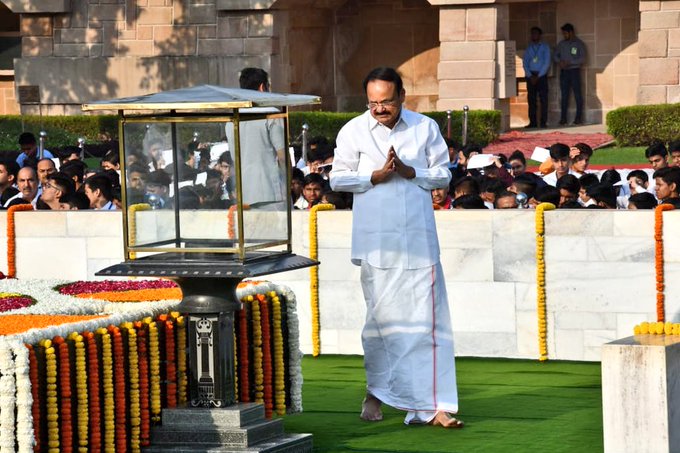 Under this, the BJP is planning to propagate Gandhi's ideals and principles of non-violence, Swaraj and simplicity to mark his 150th birth anniversary. Posters, banners and kits for the programs to be held during the yatra will be directly sent to the state units from the party headquarters.(ANI)