India's ambassador to the US, Taranjit Singh Sandhu on Thursday (local time) said that the upcoming "historic" visit of President Donald Trump to India will solidify the partnership between the two countries across all spheres.


Washington DC: India's ambassador to the US, Taranjit Singh Sandhu on Thursday (local time) said that the upcoming "historic" visit of President Donald Trump to India will solidify the partnership between the two countries across all spheres.

"I consider myself fortunate, to have arrived in the United States, as Ambassador at a time of exciting possibilities. Within 10 days, we will witness the historic visit of President of the United States to India. This visit will help, to solidify our partnership, across all spheres," he said during a welcome reception hosted by US-India Business Council (USIBC).

United States President Donald Trump will pay a two-day state visit to India from February 24 at the invitation of Prime Minister Narendra Modi.

Stressing that the future for people in both countries cannot be shaped by governments alone, he said: "For open and democratic societies, such as ours, that work is very much collaborative, inspired by the genius, of our peoples. The great ancient strategist, and theoretician of statecraft, Chanakya, said in his famous work, Arthashastra that "one wheel alone does not move a chariot"."

"India's External Affairs Minister, Dr Jaishankar, put it a bit differently, when he said, "The street guides the system". Indeed, the future that we envisage for people, in both our countries, and, for the world, at large, are not, and cannot be shaped, by Governments alone," the ambassador said.

Underlining that the US-India relationship, is being seen, as the most transformational relationship, he said, "The relationship has enjoyed, strong bipartisan support, in the United States. This is an affirmation, of our shared values; of our common commitment, to democracy and pluralism."

The ambassador while recalling Prime Minister Narendra Modi's address to joint session of US Congress, said: "During my earlier stint as DCM, I was fortunate to witness, Prime Minister Modi's address, to the joint session of the Congress, in 2016. PM Modi said in his address, that our relationship was primed, for a momentous future, that we have overcome, the 'hesitations of history.'"

"Since then, we have seen, that our relationship has evolved into, a global strategic partnership. We are co-ordinating and co-operating, in multiple spheres: in counter-terrorism; defence; Indo-Pacific; science and technology; trade and investment," he said.

Highlighting that PM Modi has set, an ambitious target of becoming a US$ 5 trillion economy, by 2024, the ambassador said the United States, is a preferred partner, in that endeavour. 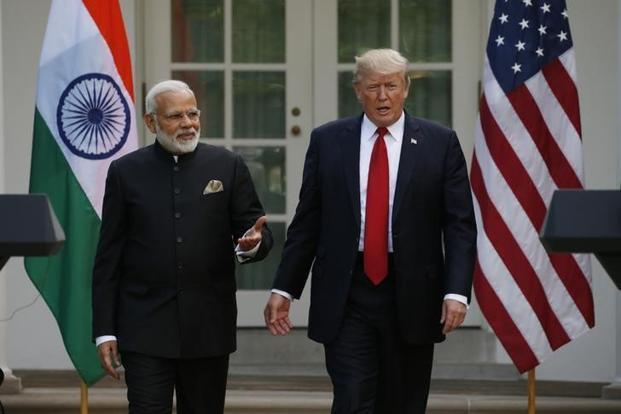 Asserting that Defence and Energy co-operation, have been the game changers, in the India-US bilateral relationship, he said: "Our energy trade, touched close to US$ 8 billion last year. Mind you, this was zero, a few years ago. In fact, in 2013, I testified, before the House Energy Committee, advocating US energy exports to India. In 2017, our leadership decided, to elevate our energy partnership, to a strategic energy partnership."

The Ambassador said the defence partnership between two countries have undergone a qualitative transformation and noted that the defence trade is valued, at approximately US $18 billion "with the potential to grow much more."

"In 2016, the United States recognized India, as a Major Defence Partner, opening the doors for extended co-operation. By signing agreements, such as LEMOA; COM CASA, we have created an enabling framework, for greater co-operation. During the 2+2 Meeting, in December 2019, we announced the signing of the Industrial Security Annex," he said.

He said the latest budget, which has been tabled in the Parliament, by the Finance Minister has announced incentives to boost participation by Foreign Portfolio investors. (ANI)

Left parties to protest against Donald Trump's visit to India