The Election Commission on Wednesday questioned the Centre why railway tickets and boarding passes carrying photographs of Prime Minister Narendra Modi were not withdrawn.

New Delhi: The Election Commission on Wednesday questioned the Centre why railway tickets and boarding passes carrying photographs of Prime Minister Narendra Modi were not withdrawn.

The notice of withdrawal of these tickets and boarding passes comes in the wake of the Model Code of Conduct being in force ahead of the Lok Sabha elections.

The Ministry of Railways led by Piyush Goyal and Ministry of Civil Aviation headed by Suresh Prabhu have been asked to submit a reply within a span of three days.

On March 15, Congress had approached the EC with a complaint against the BJP, saying it has put up hoardings of Prime Minister Modi at petrol pumps, railways stations and, airports even though the Model Code of Conduct is in force. 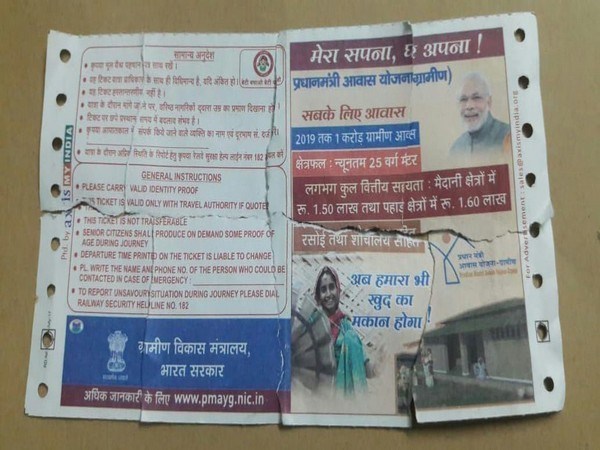 Former Jammu and Kashmir chief minister Omar Abdullah had also claimed that he was on a GoAir flight and received a boarding pass with the Prime Minister’s photo on it.

"I was on a Go Air flight yesterday and also had a similar boarding pass with PM's photo on it," he had tweeted earlier this month.

The Model Code of Conduct is a set of instructions and guidelines to be followed by political quarter and candidates contesting polls for the conduct free and fair elections. It came into force on March 10 after the announcement of election schedule by the EC.

Seven phase elections will begin on April 11 and commence on May 19. Counting of votes will be held on May 23.(ANI)