A fire broke out in Bhubaneswar-bound Rajdhani Express between Balasore and Soro railway stations of Odisha.

Bhubaneswar: A fire broke out on Saturday in Bhubaneswar-bound Rajdhani Express between Balasore and Soro railway stations of Odisha, official sources said.

Also Read: East Coast Railways: Train services in Bhubaneswar to resume from May 5

The fire broke out between 12.50 pm to 1 pm and severely damaged the power car in the rear of the train, but did not spread to any other coach, an official said.

Fire broke out in the power car of New Delhi-Bhubaneswar Rajdhani Express near Khantapada, Odisha. The fire has been brought under control and no casualties or injuries have been reported. As safety measure generator car has been detached. pic.twitter.com/stMB9yz5uf

All passengers of the train are safe, he said. 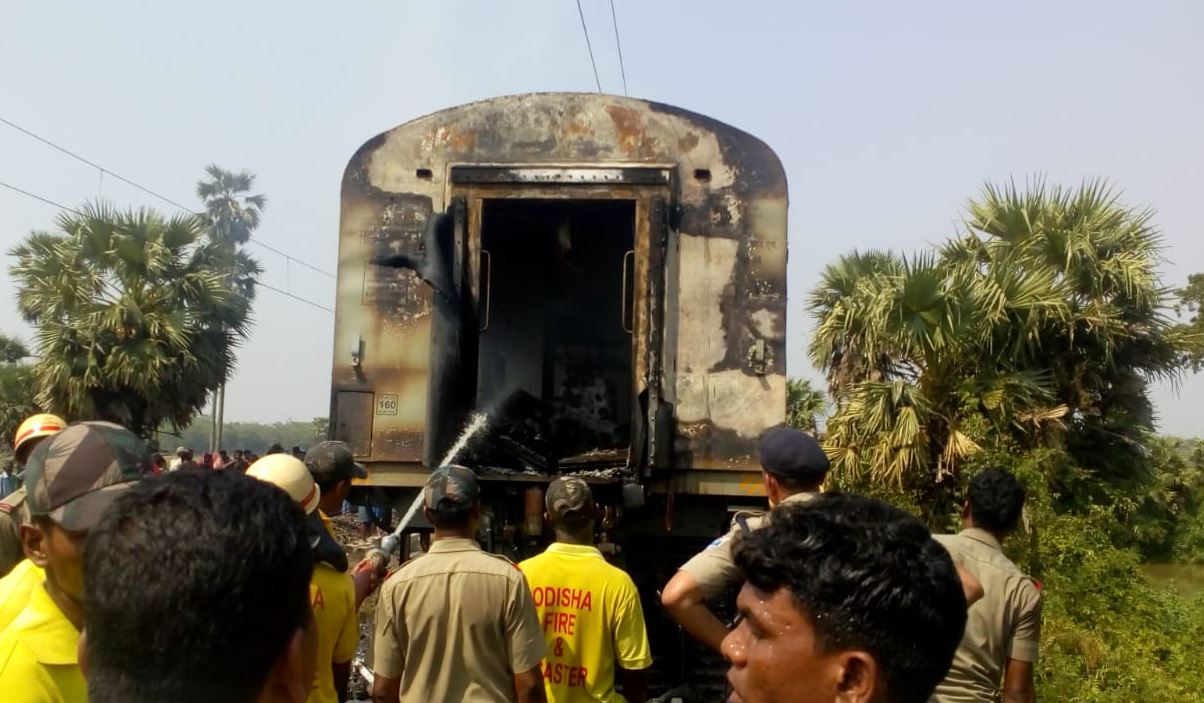 The official said the smoke was first detected in the power car of the 22812 down Rajdhani Express from New Delhi to Bhubaneswar. This is the only power car which supplies power to the train. 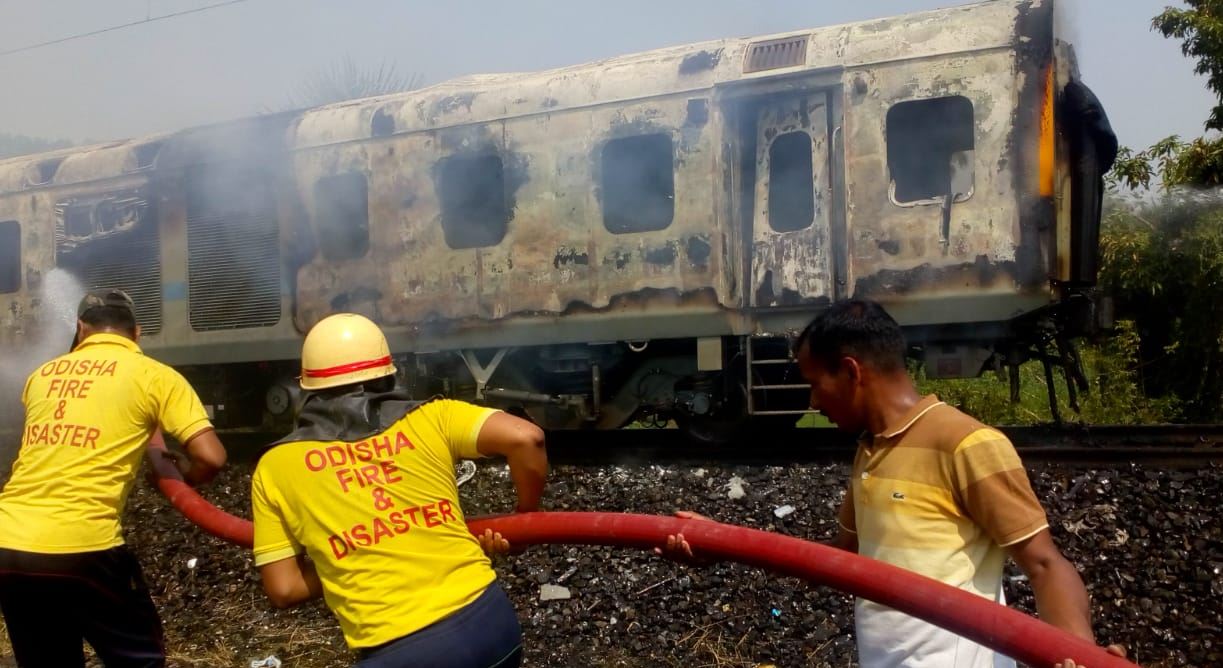 The incident occurred at Khantapada in Kharagpur division of South Eastern Railways, said an official of the East Coast Railway (ECoR), adding that three fire tenders reached the spot and doused the blaze.

The power car was disconnected from the rest of the train and the overhead electric wires were switched off for safety reasons.

The train left Khantapada for Bhubaneswar at 2.59 pm with all the passenger coaches and one generator car, the official added. (PTI)

Fire breaks out inside a canteen in Gwalior railway station