'Get out': Australians flee again as heat and wind fan huge bushfires

Australian authorities urged nearly a quarter of a million people to evacuate their homes on Friday and prepared military backup as soaring temperatures and erratic winds fanned bushfires across the east coast.

Sydney: Australian authorities urged nearly a quarter of a million people to evacuate their homes on Friday and prepared military backup as soaring temperatures and erratic winds fanned bushfires across the east coast.

Temperatures were expected to shoot well above 40 degrees Celsius (104 degrees Fahrenheit) in several parts of the country, accompanied by high winds, threatening to fuel fires that have already left thousands of people homeless.

In the country’s alpine region on the border of Victoria and New South Wales states, two fires were poised to merge and create a blaze almost 600,000 hectares (1.5 million acres) in size. 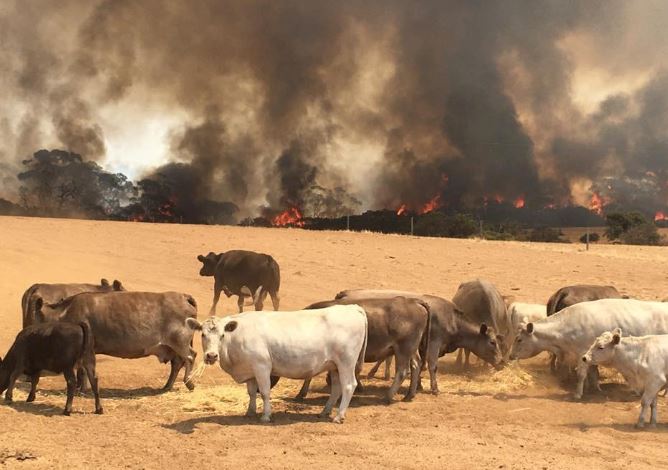 Emergency alert text messages were sent to 240,000 people in Victoria state alone, telling them to leave, Crisp said. People in high-risk regions in New South Wales and South Australia states were also urged to think about leaving, but authorities had not provided numbers.

Prime Minister Scott Morrison said he had given instructions to the military so “that they are to stand ready to move and support immediately.” 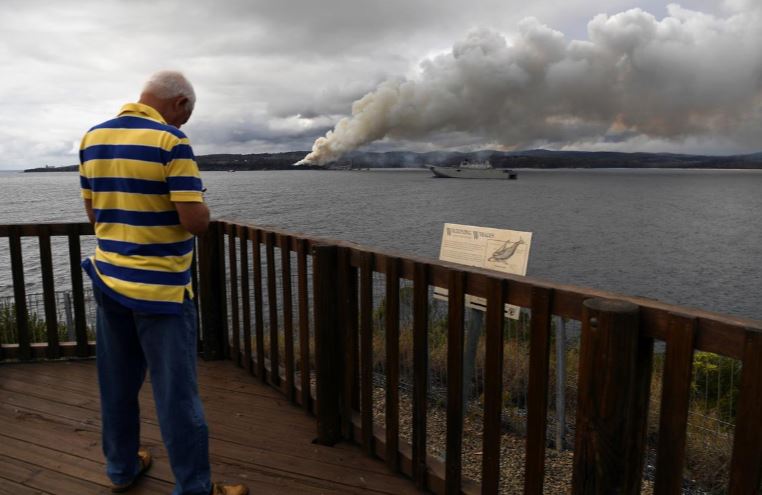 John White, mayor of East Gippsland, an area that was ravaged by fires on New Year’s Eve, told Reuters that residents were on the move: “People aren’t taking any chances.”

Authorities said that conditions would continue to deteriorate across Victoria into the evening heavy winds whip across the state. Those winds grounded military helicopters that had been assisting with evacuations and supply drops.

Twenty-seven people have been killed and thousands subjected to repeat evacuations as monster - and unpredictable - fires have scorched through more than 10.3 million hectares (25.5 million acres) of land, an area the size of South Korea, since the start of October.

Campaigners have planned protests in several world cities, kicking off in Sydney and Melbourne later on Friday, to highlight their concerns about Australia’s climate change policies.

Following are some highlights of what is happening in the bushfire crisis:

1. There were 149 fires ablaze across New South Wales (NSW), with around 50 uncontained on Friday. All other fires were at the “advice” level, the lowest alert rating.

2. Victoria state had 18 fires, three of which were so severe that evacuation orders have been issued. Two more fires are at an emergency level.

4. The Insurance Council of Australia increased its estimate for damages claims from the fires to more than A$900 million on Friday, with claims expected to jump further.

6. Australia’s wildfires have dwarfed other catastrophic blazes around the world. Combining 2019 fires in California, Brazil and Indonesia still amounts to less than half the burned area in Australia.

7. In South Australia state, nine fires were ablaze, one of which was at a emergency level.

8. Climate protests were planned for Friday in several cities, including Melbourne, Sydney and Canberra, targeting the Australian government handling of the crisis and its position on climate change.

9. Prime Minister Morrison said on Friday he was considering holding a wide-ranging national inquiry into the bushfires after the immediate crisis had passed. 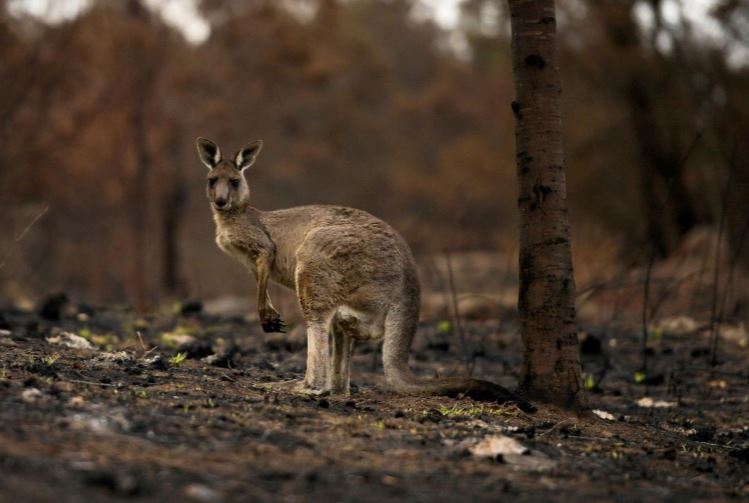 10. NSW authorities said just shy of 2,000 homes have been destroyed in the state, half of those in the past 10 days.

11. The Commonwealth Bank of Australia said it would donate cricketer Shane Warne’s prized “baggy green” cap to a museum after paying more than A$1 million for it at an auction for bushfire relief efforts.

12. Authorities have warned that the huge fires, spurred by high temperatures, wind and a three-year drought, will persist until there is substantial rainfall. The weather agency said there was no sign of that for months.

13. Ecologists at the University of Sydney have estimated 1 billion animals have been killed or injured in the bushfires, potentially destroying ecosystems.

14. Moody’s Analytics said the cost of the fires could easily surpass that of deadly 2009 Black Saturday fires that destroyed 450,000 hectares (1.1 million acres)of land, which cost an estimated A$4.4 billion.

16. About 100 firefighters from the United States and Canada are helping with another 140 expected in coming weeks.

18. Smoke has drifted across the Pacific, affecting cities in South America, and may have reached the Antarctic, the U.N. World Meteorological Organization said. (Reuters)