Royal Challengers Bangalore captain Virat Kohli slammed the "unacceptable" effort of his pacers at the Chinnaswamy Stadium after the hosts suffered their fifth straight loss in the Indian Premier League.


New Delhi: Royal Challengers Bangalore captain Virat Kohli on Friday slammed the "unacceptable" effort of his pacers at the Chinnaswamy Stadium after the hosts suffered their fifth straight loss in the Indian Premier League.

Chasing 206, KKR were able to score 66 runs off the last 24 balls to snatch a sensational win from RCB, who are yet to win this season.

"There is no guessing there (about where we lost the game), the last 4 four overs that we bowled was just unacceptable. We needed to be more clever, nothing came off and we just cracked under pressure. That's been our story this season so far," Kohli said after the five-wicket loss.

Andre Russell smashed an unbeaten 48 off 13 balls to script a memorable win for KKR. 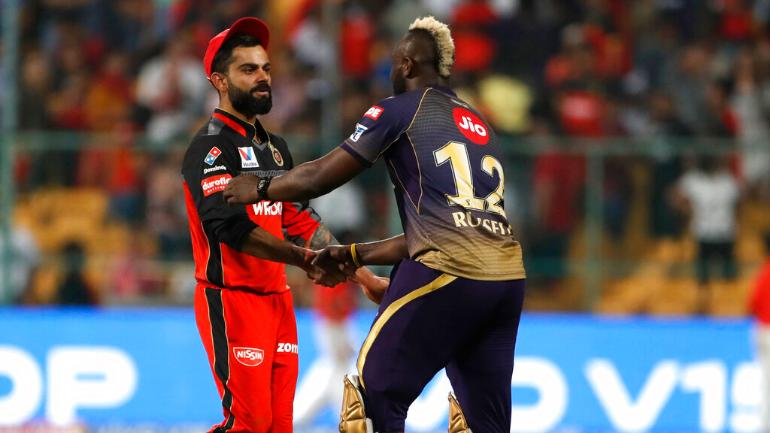 "If you bowl with not enough bravery in the crucial overs, it's always going to be difficult against power-hitters like Russell," Kohli said.

Talking about his own innings of 84, Kohli said: "I wasn't really happy getting out at that moment, could've got 20-25 more. AB didn't get much strike in the end. I thought the runs were enough on the board, we didn't have enough composure.

"If you can't defend 75 in the last four overs, then I don't know if you can defend 100. We can have a bit of chat about what went wrong, apart from that nothing much you can say. I don't think talking enough helps all the time.

"You need to give the guys some space and come back stronger in the next game. It's been a disappointing season so far, but we are still optimistic about our chances," added Kohli.(ANI)