Five BJP workers died when their car fell into a gorge in Himachal Pradesh's Mandi district.

The deceased were on their way to attend chief minister Jai Ram Thakur's election rally at Bhatkidhar in Seraj Tehsil. 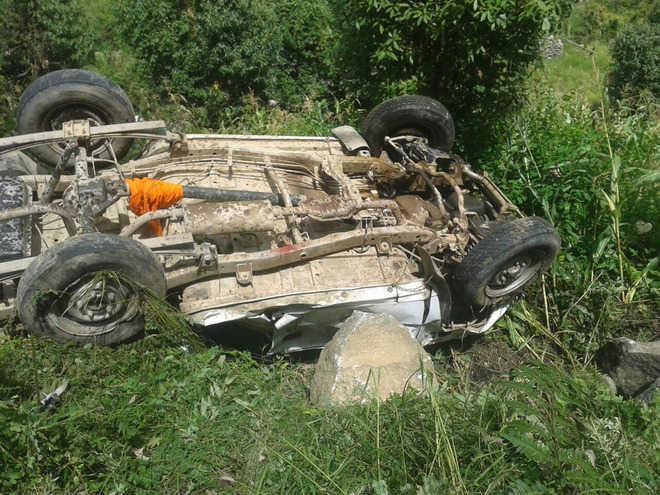 According to the police, the vehicle fell into a 300-metre-deep gorge near Bagachanogi area killing the five occupants instantly.

However, the driver of the car survived and was hospitalised with serious injuries, a police officer said, adding that the exact cause of the accident is being ascertained. (PTI)

Five dead as jeep falls into gorge in Himachal