Florida residents were bracing for a hurricane that was threatening to smack into the center of the state over the Labor Day weekend, and President Donald Trump said it appeared the storm’s winds would be “unbelievably high.”

Miami: Florida residents were bracing for a hurricane on Thursday that was threatening to smack into the center of the state over the Labor Day weekend, and President Donald Trump said it appeared the storm’s winds would be “unbelievably high.”

Dorian gained power late on Thursday night, jumping from 85 mph (137 kmh) to 105 mph (165 kmh) and with higher wind gusts, making it a Category 2 storm on the 5-step Saffir-Simpson scale for measuring hurricane intensity.Trump canceled a visit to Poland scheduled for the weekend and Florida’s governor expanded a state of emergency to prepare for Hurricane Dorian, which is forecast to make landfall on the Atlantic coast Monday as a dangerous Category 4 storm.

“Now it’s looking like it could be an absolute monster,” Trump said in a video posted on Twitter, adding that food and water was being shipped to Florida.

Hurricane Dorian looks like it will be hitting Florida late Sunday night. Be prepared and please follow State and Federal instructions, it will be a very big Hurricane, perhaps one of the biggest!

“It does seem almost certain that it’s hitting dead center and that’s not good. The winds seem to be building at a tremendous rate. It looks like the winds are going to be unbelievably high.”Trump said Vice President Mike Pence would make the trip to Poland in his place so that he could remain in the United States to make sure federal resources were properly directed at the arriving storm.

We are closely monitoring #TropicalStormDorian with @FLSERT. While forecasts are unclear about impacts to Florida, all residents should begin preparing for a potential Hurricane. This includes having 7 days of food, water and medicine.

Florida Governor Ron DeSantis, who had already declared a state of emergency for 26 counties on the state’s east coast, extended it on Thursday to the whole of Florida. “Floridians need to take this storm seriously. Hurricane #Dorian is moving slowly & gaining strength,” DeSantis wrote on Twitter. “Now is the time to get prepared & have a plan.

Georgia Governor Brian Kemp declared a state of emergency in 12 counties to assist with storm readiness, response and recovery.

‘NOT LOOKING GOOD’
Angela Johnson, a 39-year-old bar manager, said: “We’re worried. This is not looking good for us.”

“We woke up a lot more scared than we went to bed last night, and the news is not getting any better,” said Johnson, who manages Coconuts On The Beach, a bar and restaurant on the surfing beach of the Florida town of Cocoa Beach.

Officials were making piles of sand available for Cocoa Beach residents to fill sandbags starting on Friday.Dorian, expected to strengthen in the Atlantic with violent winds topping 130 mph (210 kmh), is moving toward central Florida, including the famed Space Coast.It is expected to make landfall on Monday, the Labor Day holiday, and could churn across dozens of launchpads owned by NASA, the U.S. Air Force and companies such as Elon Musk’s SpaceX and Jeff Bezos’ Blue Origin.

Such winds would make Dorian a Category 4 storm, the second-strongest on the Saffir-Simpson scale for measuring hurricane intensity. 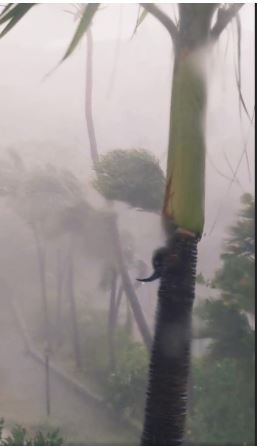 Dorian, a Category 2 hurricane on Thursday night, moved toward the northwest at 12 mph (19 kph) some 295 miles (470 km) southeast of the southeastern Bahamas, the National Hurricane Center said.

The Miami-based NHC said hurricane watches could be issued for portions of the Bahamas on Friday and the risk of “devastating hurricane-force winds along the Florida east coast late this weekend and early next week continues to increase.”

After making landfall, Dorian was forecast to linger over central Florida on Tuesday, according to the NHC. Tropical storm-force winds could be felt in parts of the state as early as Saturday evening.The biggest hurricane to have come ashore in the area in recent history was Jeanne in 2004, which made landfall around Port St. Lucie as a Category 3 storm. 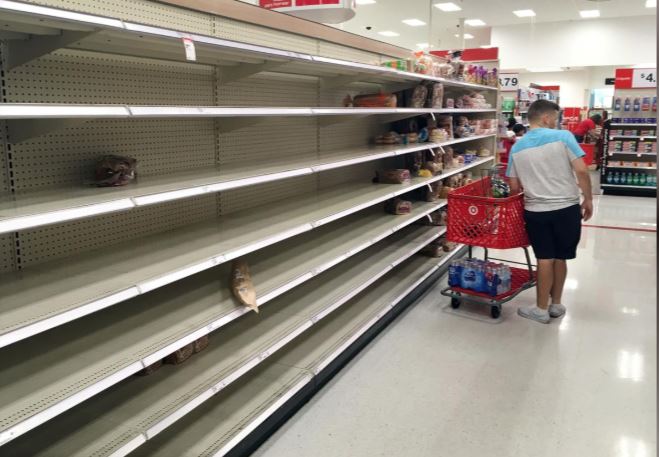 Miami television station WSVN showed images of dozens of shoppers with empty carts lining up outside a supermarket in Davie, in the Miami metropolitan area, waiting to get inside to stock up on supplies.The Universal Orlando Resort theme park, owned by Comcast Corp, said it was following the approaching storm closely.Nearby towns were checking storm drains and back-up generators for waste-water plants as well as setting up round-the-clock shifts for emergency personnel.

The University of Central Florida, one of the largest U.S. universities by student population, said its main campus in Orlando would close on Friday afternoon.DeSantis said the storm “has the potential to severely damage homes, businesses and buildings, which is why all Floridians should remain vigilant.” (Reuters)