Ahead of Ganesh Chaturthi, the Ganesh Utsava Committee in Khairtabad here has built a massive 61- feet high idol of the Elephant God, which it claims is the tallest in the country.

Hyderabad: Ahead of Ganesh Chaturthi, the Ganesh Utsava Committee in Khairtabad here has built a massive 61- feet high idol of the Elephant God, which it claims is the tallest in the country.

Singari Sudershan Mudiraj, chairman and founder of the committee said here that Lord Ganesh is being depicted in his Dwadashi Aditya Maha Ganapati avatar in the idol which is supposed to give good climate and adequate rainfall as a blessing.

"This mandap was started with a small Ganesh of just 1 foot in 1954, by my brother S Shankaraiya, who was also a freedom fighter. From then on, the height kept increasing and it got to an astonishing 60 feet in 2014. We then kept decreasing the height of the idol but this year we decided to increase it to 61 feet," Mudiraj said.

"It took 150 workers a total of four months to build this idol of Lord Ganesh, which cost approximately Rs one crore. Carpenters, moulders and other workers came from places West Bengal, Tamil Nadu, Maharashtra and nearby regions to build the idol," he added. 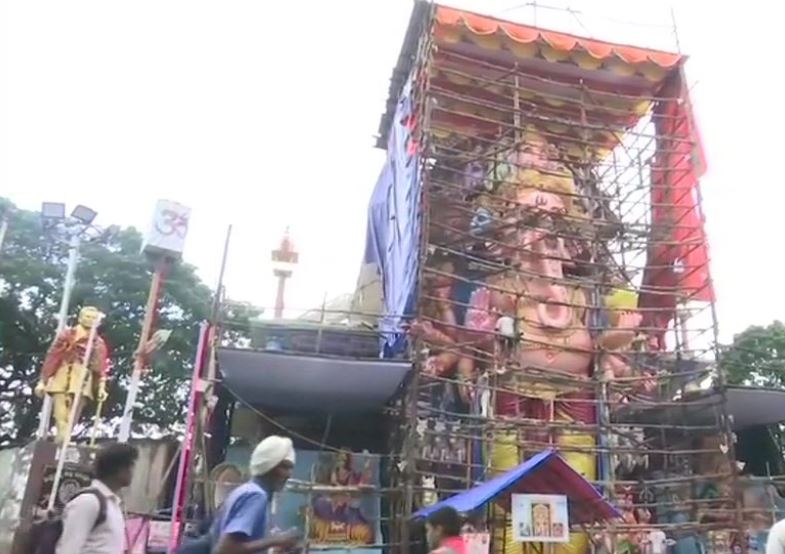 Talking about the idol, Mudiraj added, "We are lucky we could finish the idol-making process on time. On Saturday all the pillars of bamboo will be detached from the idol. This form of the Lord is said to bring and maintain a pleasant climate all the year round along with adequate rains." The Ganesh idol weighs approximately 50 tonnes and will be open for worship from September 2 afternoon, post a grand puja (ritual) done in the presence of Governor ESL Narasimhan and the first lady of the state.

The event, according to the organisers, is supported by the government agencies like GHMC, HMDA, Electricity Board, Police Department etc. Apart from arrangements for drinking water, sanitation amongst others, the organisers have also installed close to 40 CCTV cameras for security purposes. Mudiraj also spoke about the uniqueness of the statue and the number of devotees who are expected to arrive during the Ganesh festival.

"This Ganesh idol has 12 faces of different gods, 24 hands which are holding different weapons and seven horses in the chariot. We are expecting four to five lakh devotees will come to offer their prayers to the Lord during the period of the festivities," Mudiraj added. 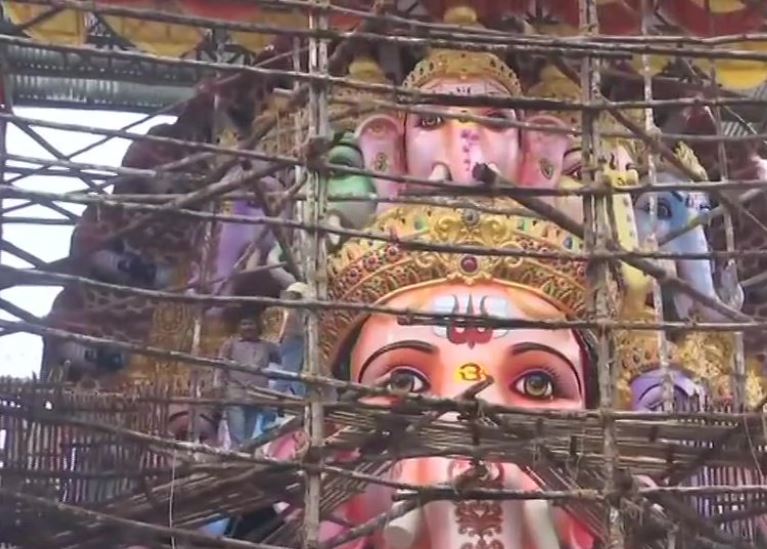 Ganesh Chaturthi, also known as Vinayaka Chaturthi, the festival marking the birth of Ganesha will be celebrated on September 3 this year. The festival is marked with the installation of Ganesha idols privately in homes, or publicly in elaborate pandals.(ANI)