One person was arrested and 22 pistols were seized from an illegal arms manufacturing unit here.

Muzaffarnagar: One person was arrested and 22 pistols were seized from an illegal arms manufacturing unit here, police said Wednesday.

The unit's premises was raided on Tuesday as part of a special drive to crackdown on illegal arms suppliers, they said. 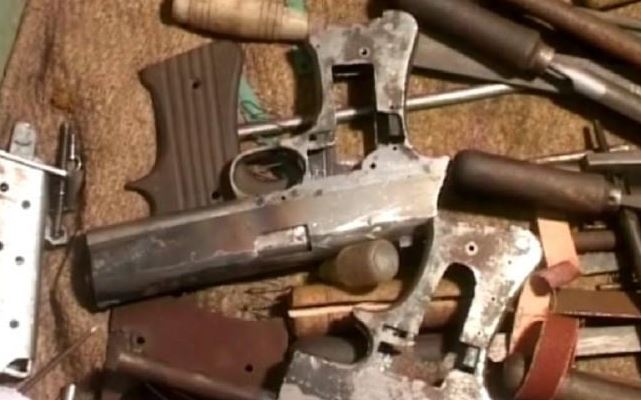 He said the arrested person, Afzal, during interrogation revealed that he had got orders for supplying arms which were to be used during the elections.

Police said Afzal is wanted in 15 cases and was arrested two times in the past for making illegal arms. (PTI)