Just when Delhi required six runs from the final over, the wicket-keeper batsman sealed the match with a six from the second ball, helping Delhi to grab the top position in the points table, with seven victories in their kitty. Whereas, Rajasthan remained at seventh place with just three wins. 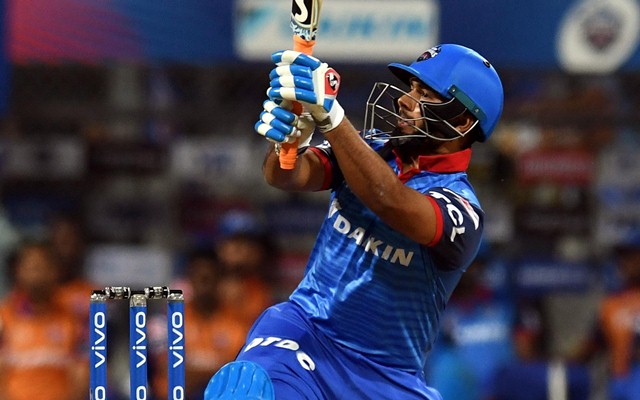 Also Read: Parthiv Patel: Game is never over till MS Dhoni is on crease

Chasing 192, Prithvi Shaw and Shikhar Dhawan got off to a brilliant start, recording Delhi's first 50-run partnership in the PowerPlay this season. Rajasthan leg-spinner Shreyas Gopal got a major breakthrough as he placed faith in the googly and dismissed Dhawan for 54. Gopal bowled fuller and wider but Dhawan had come down the wicket and wicketkeeper Sanju Samson did the rest. In the next over, leg-spinner Riyan Parag sent captain Shreyas Iyer back cheaply for four.

Shaw, dropped on 11 and 42, with Pant added 84 for the third wicket, inching closer to the victory before a bad shot from Shaw forced him to return to the dugout. Take out the captaincy hat and class comes back. This is what happened with Ajinkya Rahane when Rajasthan were put into bat. A marvellous unbeaten 105 (and second IPL ton) by Rahane and his considerable partnership with captain Steven Smith were the highlight of Rajasthan's batting.

Delhi pacer Kasigo Rabada got an early breakthrough off his own delivery as Rahane pushed the ball on Rabada's right to sneak a run. The quick South African bowler turned and hurled the ball at the non-striker's end, knocking the stumps down of Samson, who was short of his ground.

Rahane, dropped on 16 at short fine-leg, and Smith made up for the loss, adding 130 for the second wicket. Delhi leaked runs here, before Smith, on 50, looked to go straight down the ground but miscued the shot and a returning Chris Morris took a well-composed catch just by the long-off boundary. 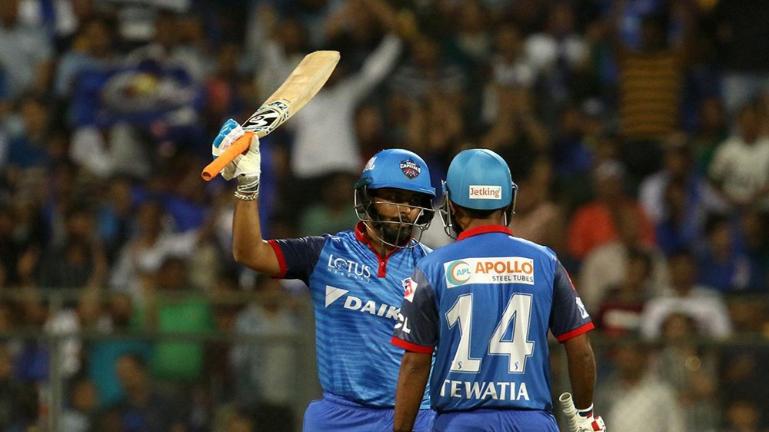 Delhi sent Ben Stokes and Ashton Turner in quick succession to put brakes on the scoring. Rahane held the innings together and played some gorgeous strokes alongside Stuart Binny. In the final over, purple cap holder Rabada struck twice within the gap of two balls -- on the third ball uprooted Binny's middle stump and rattled the furniture of Riyan on the last ball -- to restrict Rajasthan for 191/6, denying the host from breaking its own highest total of 197/1 scored in 2008 against Royal Challengers Bangalore.

Rajasthan will next play against Kolkata Knight Riders on April 25, whereas Delhi will clash with Bangalore on April 28.