Ahead of the upcoming second Test of the two-match series against New Zealand, India has received a major setback as pacer Ishant Sharma is likely to miss the match.

Dubai: Ahead of the upcoming second Test of the two-match series against New Zealand, India has received a major setback as pacer Ishant Sharma is likely to miss the match.

Ishant has suffered a recurrence of the ankle injury sustained during Ranji Trophy last year, ICC reported.As a result, he missed today's practice session and was sent for a test. The team management is waiting for the results.

If Ishant indeed misses the second match, then Umesh Yadav may come into the side as his replacement.Ishant had twisted his right ankle while appealing during Delhi's match against Vidarbha in the 2019/20 Ranji Trophy. 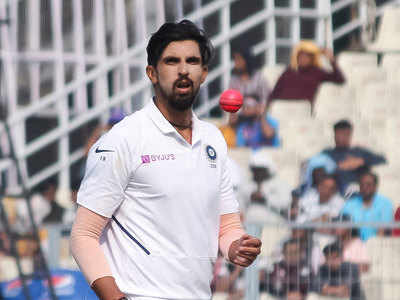 This had put Ishant's participation in the series against New Zealand in doubt.

However, he joined the Indian Test after undergoing fitness tests at the National Cricket Academy (NCA) in Bengaluru.Ishant went on to take five wickets in the first Test against New Zealand and he is just three wickets away from becoming the third Indian pacer to take 300 wickets in the longest format of the game.

India was handed its first defeat in the World Test Championship after losing the first Test against the Kiwis by ten wickets in Wellington.The side will take on New Zealand in the second Test at Christchurch from February 29 to March 4. (ANI)

Ind vs Aus: 'Important' to have bond with opening partner, says Burns