Justice Ranjan Gogoi takes oath as the Chief Justice of India at Rashtrapati Bhavan on Wednesday. 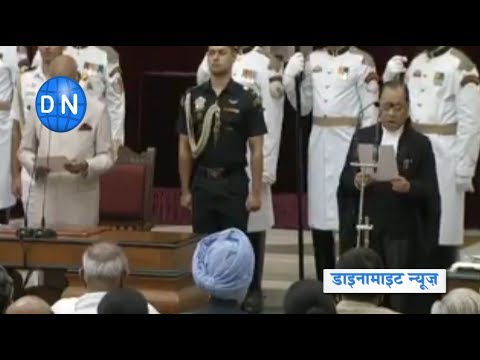 New Delhi: Justice Ranjan Gogoi was Wednesday sworn in as the 46th Chief Justice of India.

Justice Gogoi will have a tenure of a little over 13 months and would retire on November 17, 2019. (PTI)

Anguished with way judiciary being treated: SC on lawyer's claim of conspiracy against CJI

Justice Dipak Misra to be the next Chief Justice of India