The ruling BJP appeared to be storming back to power with a comfortable majority on its own for the second consecutive time and is set to cross the 300-mark along with its allies in the Lok Sabha.

New Delhi: The ruling BJP appeared to be storming back to power with a comfortable majority on its own for the second consecutive time and is set to cross the 300-mark along with its allies in the Lok Sabha.

The BJP whose campaign was spearheaded by Prime Minister Narendra Modi on muscular nationalism and a strident anti-Congress plank was leading in 292 seats, 20 seats more than the halfway mark of 272 in the 543-member Lok Sabha. Its allies Shiv Sena (20), JD-U (16) and Lok Janshakti Party (6) were also doing well in Maharashtra and Bihar. On the other side, the main challenger Congress was way behind BJP leading in only 51 seats. Its ally DMK has put up a good show leading in 22 of the 30 seats in Tamil Nadu. The Congress was leading in eight of the nine seats it contested in the state. The party was also doing well in Kerala where it was leading in 15 out of total 20 parliamentary seats.

Prime Minister Modi was leading comfortably in Varanasi where he is seeking a second term while UPA chairperson Sonia Gandhi led in Raebareli. Congress President Rahul Gandhi was trailing behind Union Minister Smriti Irani in Amethi while leading in his second seat in Wayanad in Kerala. 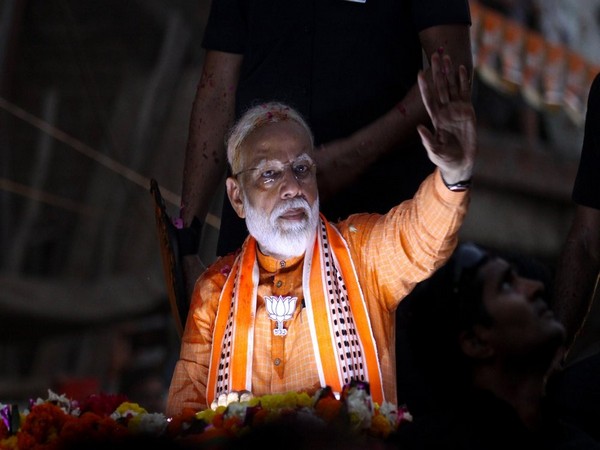 Union Minister Maneka Gandhi was trailing in Sultanpur, whereas her son Varun Gandhi was leading from Pilibhit constituency in UP.

BJP's ride back to power was also enabled by its spectacular show in West Bengal where it was leading in 15 of the 42 seats. The ruling Trinamool Congress has suffered a setback leading only in 25 seats. It has 34 seats in the outgoing Lok Sabha.

The BJP also was set to sweep in Bihar where the party and its ally JD(U) were ahead in 16 seats each and the other ally LJP was leading in six seats. Karnataka also was going the BJP way where it was leading in 23 of the 28 seats, pushing the ruling Congress-JDS behind. 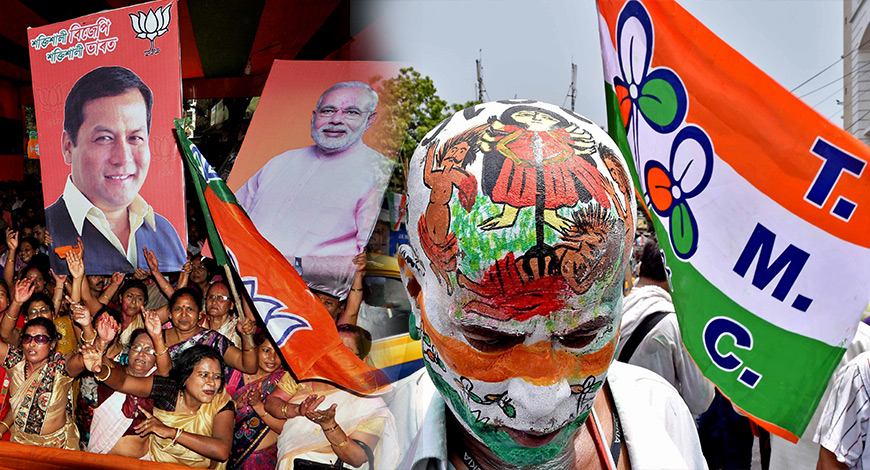 Apart from fresh gains, the BJP put up a sterling show in Madhya Pradesh, Rajasthan and Chhattisgarh where it had lost the Assembly polls five months ago, bettered its showing in Maharashtra compared to 2014 and retaining its hold in states like Gujarat and Haryana.

In the battleground state of Uttar Pradesh, it appeared to have conceded some ground to the SP-BSP-RLD combine. Out of the 80 seats for which trends were available, the BJP was ahead in 58, the BSP 11, SP 8 and Congress, Apna Dal and Apna (S) were leading in one seat each. In the last elections, the BJP had won 71 seats and its ally Apna Dal 2.

In the national capital of Delhi, the BJP was ahead in all the seven seats which it had won in the last elections. In the 2014 general elections, the BJP had won 282 seats, 10 more the halfway mark, on its own and crossed the 300-mark with its allies. If the trends convert into seats, this would be the first time in more than 40 years in India, a party with a majority on its own will be coming back to power with a similar showing. (ANI)

Mamata or Suvendu? Bengal gears for 'Asol Khela' in Phase-II