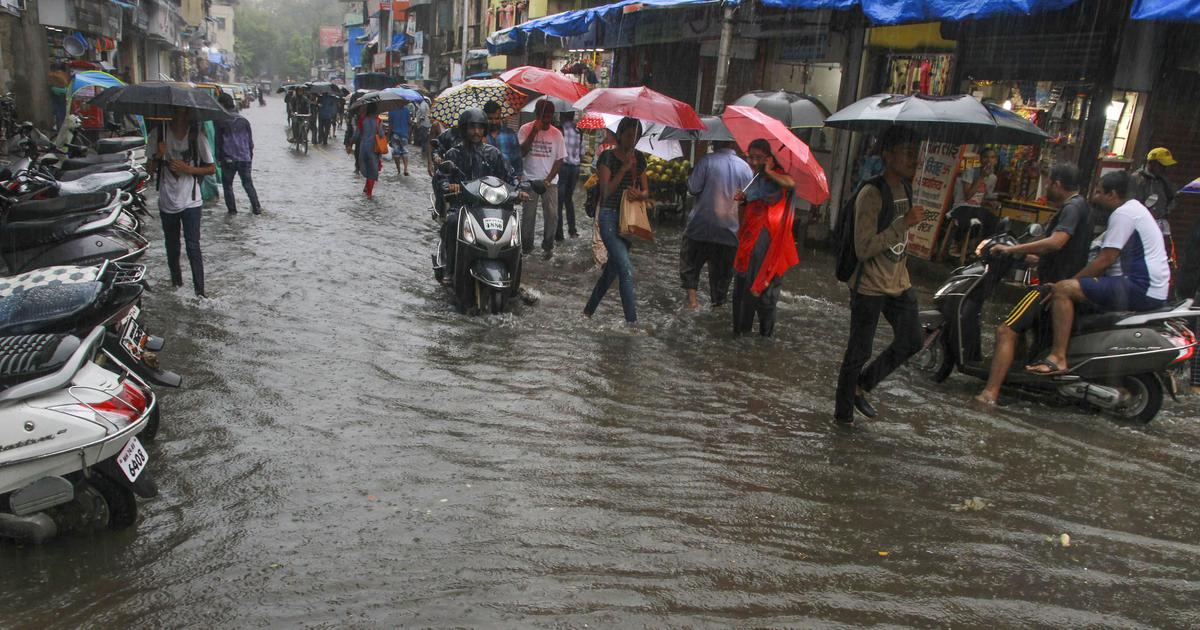 Even the vehicles and pedestrians waded through flooded streets in Navi Mumbai following heavy rainfall in the area. Indian Meteorological Department (IMD) has predicted intermittent rain in the city for the next few days.

An airport spokesperson said, "Due to heavy rains, the visibility is changing every minute. Since 9:15 am today, the visibility at the airport has been fluctuating. There is a delay due to the weather. There has been no flight cancellation. However, three diversions have taken place." 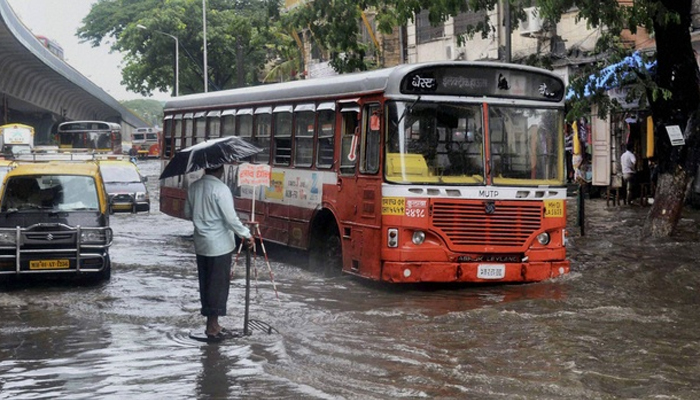 Earlier, the spokesperson had said, "Due to heavy rains, there was no movement of flights at the airport."

Rains have wreaked havoc in Mumba with 27 people dying in a wall collapse incident in Malad on July 5. (ANI)

Over a million people affected in China due to heavy rainfall