USA's National Aeronautics and Space Administration is all set to launch a deep probe in Mars with its InSight lander scheduled to touch down on the red planet on November 26.

Washington D.C: USA's National Aeronautics and Space Administration  (NASA) is all set to launch a deep probe in Mars with its InSight lander scheduled to touch down on the red planet on November 26 (local time; early hours of November 27 IST).

InSight, short for Interior Exploration using Seismic Investigations, Geodesy and Heat Transport, is the first outer space robotic explorer and will study the crust, mantle, and core of the fourth planet in our solar system. 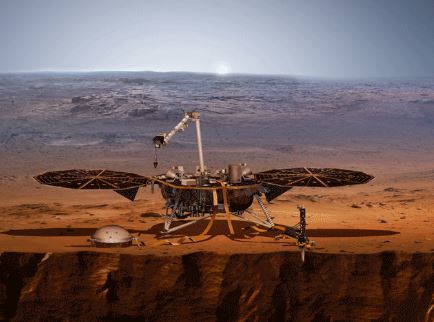 The lander was launched on May 5, 2018, from the Vandenberg Air Force Base in California and has undertaken a six-month cruise from Earth to Mars ever since.

Also Read: NASA finds another solar system with eight planets, just like ours

A part of the NASA Discovery Program, the lander is expected to yell "I made it!" twice - once on landing and repeat the same sentence louder after seven minutes again.

It’s almost time! In less than 15 hours, I’ll plunge through the #Martian atmosphere. But before I do, my team tweaked my flight path one last time to ensure I’m on track for my #MarsLanding tomorrow. Read: https://t.co/6ekCBE2vUW pic.twitter.com/HiejIwCoHb

"The first time, it will communicate with a tone beacon that the radio telescopes will try to detect. The second time, it will send a "beep" from its more powerful X-band antenna, which should now be pointed at Earth," NASA stated.

"This beep includes slightly more information and is only heard if the spacecraft is in a healthy, functioning state. If NASA's Deep Space Network picks up this beep, it's a good sign that InSight survived the landing," USA's space organisation highlighted. 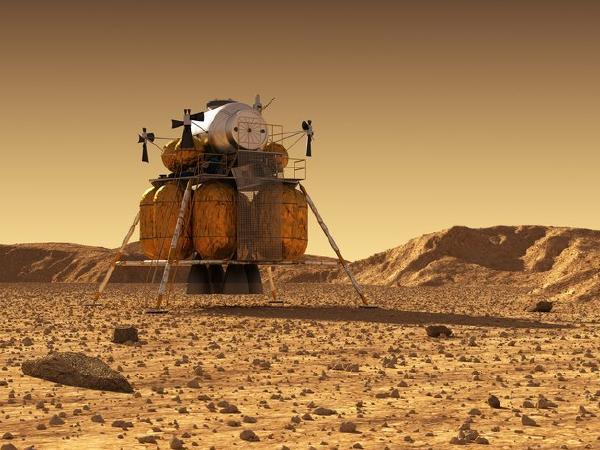 It is equipped with two cameras, a 5 feet 9 inches long robotic arm and other instruments which will help scientists in undertaking an in-depth study into the processes that shaped rocky planets of the inner solar system, including Mercury, Venus, and Earth, more than four billion years ago.

Two briefcase-sized spacecraft, MarCOs, are flying behind InSight and will attempt to relay its signals and transmit the entire entry, descent and landing (EDL) of NASA's latest lander.

Odyssey will also relay data after the lander has touched down and confirm if the solar arrays have been fully deployed.

The entire landing will be streamed on NASA's website for the InSight mission in real time while viewing parties have been planned all across the USA and around the world. (ANI)

Chandrayaan 2 may be hiding in shadows, says NASA after capturing landing site