Actors Neha Dhupia and Angad Bedi on Monday announced they are expecting their second child.

Mumbai: Actors Neha Dhupia and Angad Bedi on Monday announced they are expecting their second child.

The couple, who were blessed with a baby daughter in 2018, took to their respective social media accounts and shared the news.

The duo posted a family picture with their daughter Mehr. 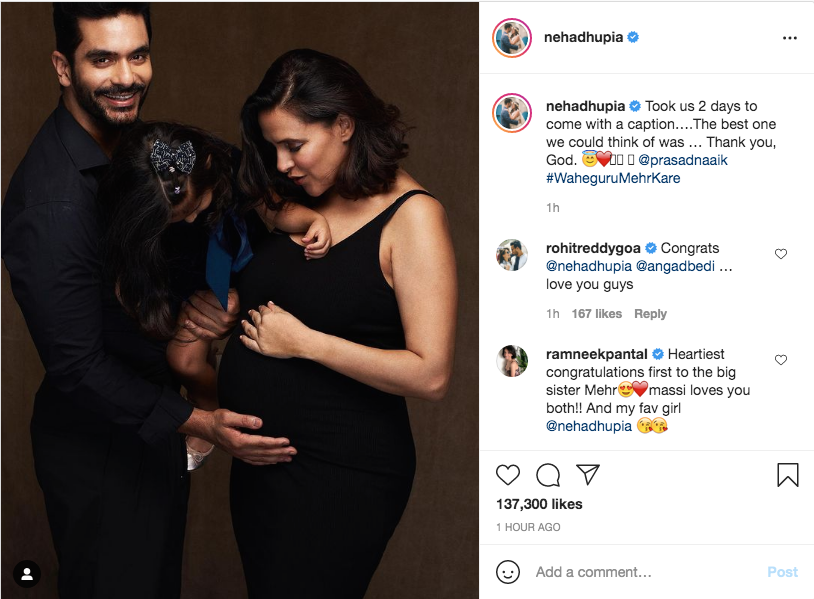 Sharing the same picture Bedi wrote, "New Home production coming soon...Waheguru mehr kare." The couple had tied the knot in May 2018 in a private ceremony.

Neha Dhupia opens up about her 5 am pregnancy cravings