Paris Saint-Germain's (PSG) striker Neymar Jr has admitted that he acted like a fool to earn a red card against Marseille.

Paris: Paris Saint-Germain's (PSG) striker Neymar Jr has admitted that he acted like a fool to earn a red card against Marseille. 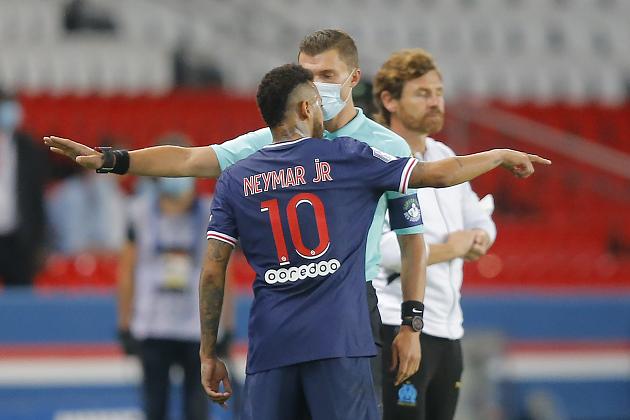 In the match between PSG and Marseille, Neymar had accused Alvaro Gonzalez of racism. The match became a subject of controversy as five players including Neymar were given red cards for being involved in a brawl type situation.

After the match, Neymar had also taken to Twitter to say that he regretted not hitting Gonzalez in the face while the Marseille defender said that he did not make any racial slurs and Neymar needs to learn how to lose.

On Monday (local time), Neymar again released a lengthy statement saying that he regretted how the entire situation unfolded, but he also asked the people in power to address the issue of racism in sport. 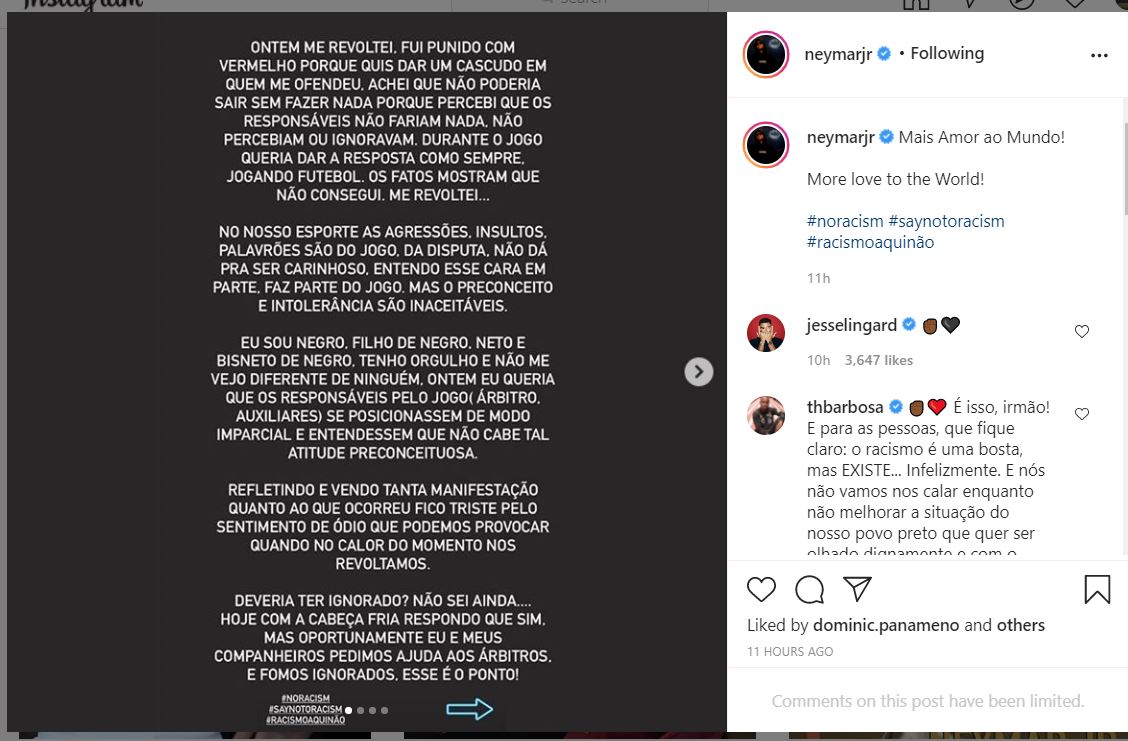 "Yesterday I revolted. I was punished with red because I wanted to hit someone who offended me. I thought I could not leave without doing something because I realised that those in charge would not do anything, did not notice or ignored the fact. During the game, I wanted to answer as always: playing football. The facts showed that I did not succeed. I revolted. In our sport, aggressions, insults, swearing are part of the game, of the dispute. You can't be affectionate. I understand this guy partly, all is part of the game, but racism and intolerance are unacceptable," Neymar wrote on Instagram.

"I am black, son of black, grandson and great-grandson of black also. I am proud and do not see myself as different from anyone. Yesterday, I wanted those in charge of the game (referees, assistants) to position themselves impartially and to understand that there is no longer such a place for a prejudiced attitude. Reflecting and seeing all the manifestation of what happened, I am saddened by the feeling of hatred that we can provoke when, in the heat of the moment, we snap," he added.

Thiago Silva out for three weeks due to injury