The Ratha Yatra, also known as the Chariot Celebration of Lord Jagannath, Devi Subhadra, and Lord Balabhadra, is the most prominent Hindu festival. Full story on Dynamite News:

Puri: After a gap of two years following the COVID pandemic, the participation of devotees in the Rath Yatra has been allowed this time. The Pahandi (a slow step by step movement with spreading of feet) rituals for the Rath Yatra of Lord Jagannath began here today.

Renowned sand artist Sudarsan Pattnaik has made magnificent sand art with the message: On this Rath Yatra, let us pledge to "Say no to single-use Plastic".

He also created 125 sand chariots to mark the Rath Yatra of Lord Jagannath at Puri beach.

Sudarsan Pattnaik said, "This time we have created 125 sand chariots to mark the holy Rath Yatra of Lord Jagannath. It will be our new world record."

Vice President M Venkaiah Naidu has greeted the people on the occasion of Rath Yatra.

"I convey my heartiest greetings and good wishes to the people of our country on the auspicious occasion of Rath Yatra. The Rath Yatra of Odisha, depicting the annual journey of Lord Jagannatha, considered to be an incarnation of Lord Vishnu, witnesses the coming together of the entire community in celebration of the grace and divinity of the Lord," he said. 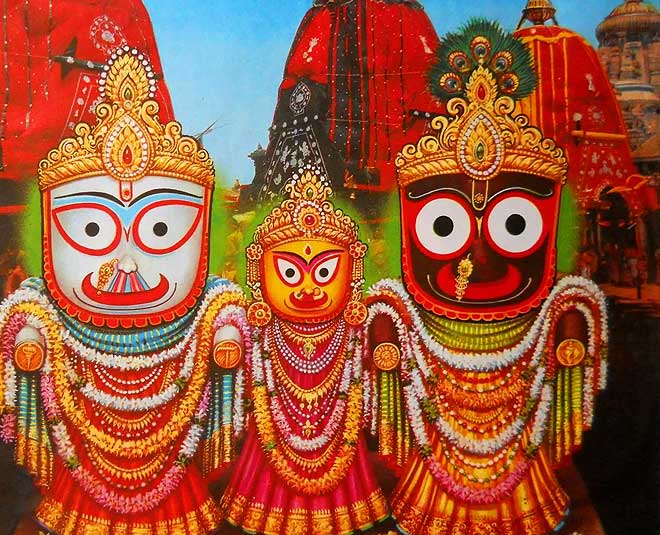 The Ratha Yatra, also known as the Chariot Celebration of Lord Jagannath, Devi Subhadra, and Lord Balabhadra, is the most prominent Hindu festival. This festival takes place every year on the second day of the Shukla Paksha in the months of June or July. This year the festival falls on July 1.

The three chariots are built a new, every year ahead of the annual chariot festival.Vibrant colours, enthusiastic faces, crowded shops, and cheery craftspeople are just a few of the highlights of Rath Yatra in Puri, the popular Chariot celebration held on a big scale every year outside Jagannatha Temple.

Odisha Police have made tight security arrangements for the yatra. (With ANI inputs)

COVID-19: Puri Rath Yatra to be held without devotees for second year in a row