Prime Minister Narendra Modi on Monday flew down to Bhubaneswar to visit the areas hit by cyclone Fani.

Bhubaneswar: Prime Minister Narendra Modi on Monday flew down to Bhubaneswar to visit the areas hit by cyclone Fani.

The PM was received by Governor Ganeshi Lal and Chief Minister Naveen Patnaik at the airport in the morning. 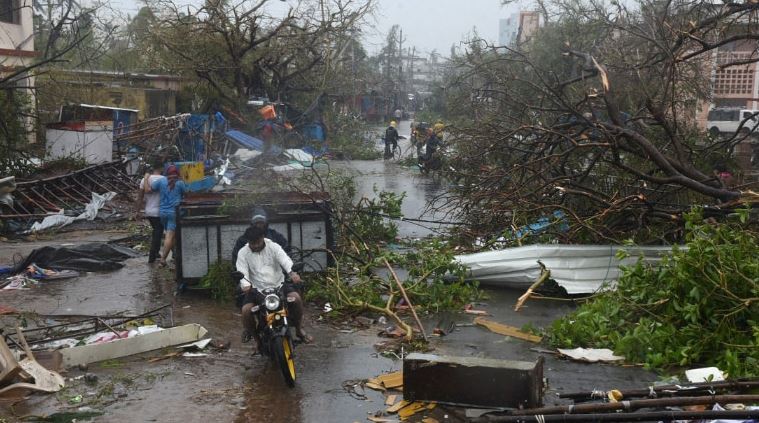 The cyclone, the worst April storm in 43 years, caused "huge damage" in Bhubaneswar, Cuttack, Puri and Khordha districts in the state, according to the Odisha government.

PM Modi had announced that the Centre has released Rs 1,000 crore to Odisha and other states to deal with the devastation caused by Fani. (ANI)

PM Modi to hold roadshow in Bhubaneswar on April 16