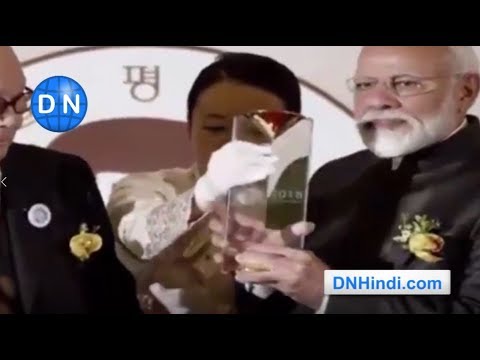 The award was presented to him by the Seoul Peace Prize Foundation at a grand ceremony here. A short film on the life and achievements of Prime Minister Modi was also screened at the event.

While conferring the award on Modi, the award committee recognised his contribution to the growth of Indian and global economies, crediting 'Modinomics' for reducing social and economic disparity between the rich and the poor.

The committee also credited him for his contribution toward reginal and global peace through a proactive policy with countries around the world. 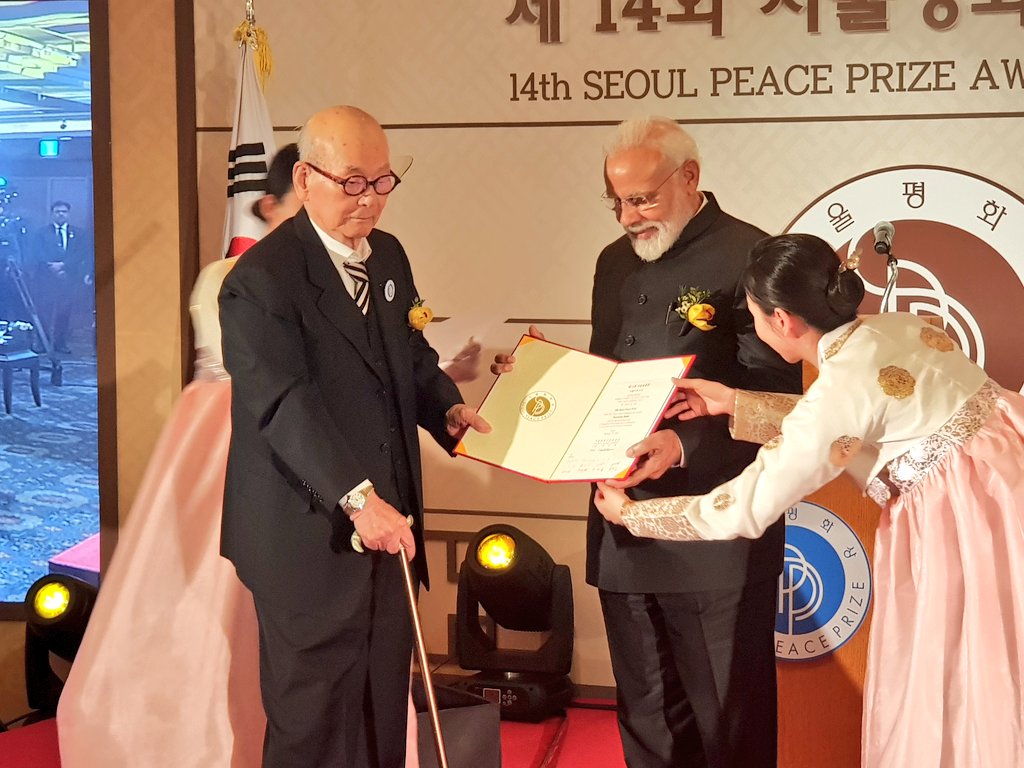 Modi is the 14th recepient of the award and the past laureates included former UN Secretary General Kofi Annan, German Chancellor Angela Merkel and renowned international relief organizations like Doctors Without Borders and Oxfam.

The Seoul Peace Prize was established in 1990 to commemorate the success of the 24th Olympic Games held in Seoul. The award was established to crystalise Korean people's yearning for peace on the Korean peninsula and in the rest of the world.(PTI)