Prime Minister Narendra Modi on Saturday once again called upon Sri Lankan government to ensure equality, justice, peace, and respect for the minority Tamils in the island nation.


New Delhi: Prime Minister Narendra Modi on Saturday once again called upon Sri Lankan government to ensure equality, justice, peace, and respect for the minority Tamils in the island nation.

"I am confident that the Sri Lankan government will realise the expectations of the Tamil people for equality, justice, peace, and respect within united Sri Lanka," he said.

The Prime Minister held delegation-level talks with his Sri Lankan counterpart Mahinda Rajapaksa, which focussed on expanding cooperation over terrorism as well as promoting joint economic projects in the island nation.

"India and Sri Lanka are neighbours as well as close friends. We share common bonds. Terrorism is a big problem in our region. Both of us have fought it befittingly. We will further increase our cooperation against terror," said Prime Minister Modi. 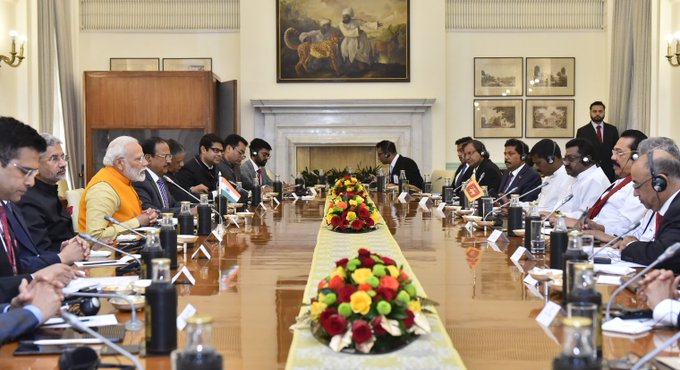 He also recalled the painful and barbaric Easter Sunday terror attacks in Sri Lanka in April last year that killed 259 people. "These attacks were not only a blow to Sri Lanka, but also to humanity as a whole," Modi stressed.

The meeting focussed on promoting joint economic projects in Sri Lanka and enhancing bilateral relations over trade and investment. The two leaders also discussed ways to increase people-to-people contact and encourage tourism between the two neighbours.

"Whether it is security or economy or social progress, our past and our future are connected with each other in every region. Stability, security, and prosperity in Sri Lanka are in India's interest, but also in the interest of the entire Indian Ocean region," Modi said.

"India has been a trusted partner in the development efforts of Sri Lanka. The new Lines of Credit announced last year will give more strength to our development cooperation," he added. 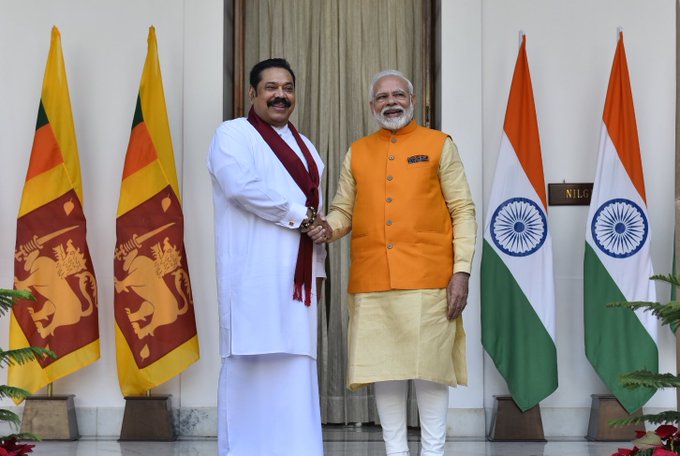 Rajapaksa, on the occasion, noted that he and Prime Minister Modi discussed several important issues.

"I am very pleased to be here my first official visit abroad after assuming office as a Prime Minister. Today, our discussions were based on the outcome of the discussion that the Prime Minister and President Gotabaya had during his very successful visit to India in November last year," he said. 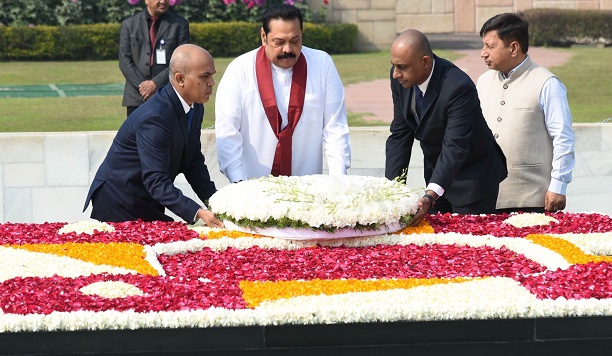 Prior to the talks, Rajapaksa, who is on a five-day trip to India, laid a wreath at the Rajghat, the Samadhi of Mahatma Gandhi.

Earlier this morning, he was also given a ceremonial reception at the Rashtrapati Bhavan.

External Affairs Minister S Jaishankar also called on the visiting dignitary and termed Sri Lanka as a partner in development, progress, and security. 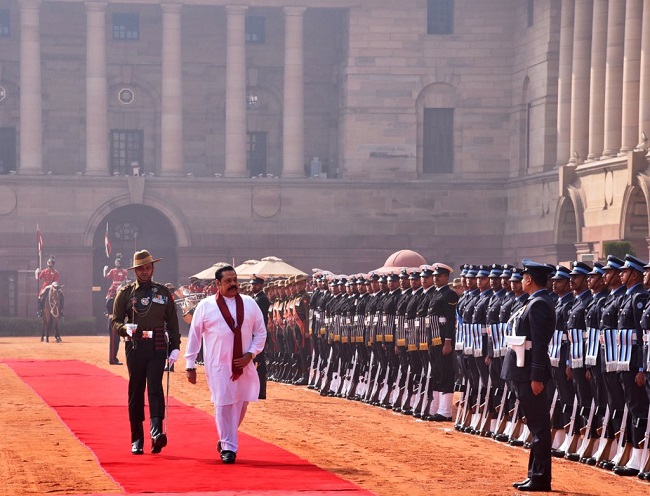 The visiting dignitary is further scheduled to call on President Ram Nath Kovind later in the evening.

Rajapaksa will leave for Varanasi in Uttar Pradesh on Sunday where he will visit Kashi Vishwanath Temple and Sarnath Buddhist Temple. Security has been beefed up in Varanasi ahead of his visit.

On the morning of February 10, Rajapaksa will emplane for Bodh Gaya in Bihar -- where he will visit Mahabodhi Temple and Bodh Gaya Centre -- and later in the day to Tirupati, the Ministry of External Affairs said in a statement. (ANI)