Protests erupted against police when an officer fatally shot a young Black man after stopping his vehicle for a traffic violation about 10 miles (16 km) from where George Floyd was killed during an arrest in Minneapolis last May.

Brooklyn Center, Minn.: Protests erupted against police when an officer fatally shot a young Black man after stopping his vehicle for a traffic violation on Sunday about 10 miles (16 km) from where George Floyd was killed during an arrest in Minneapolis last May.

As angry crowds swelled into the hundreds outside the Brooklyn Center Police Department building on Sunday night, officers in riot gear fired rubber bullets and lobbed flash bangs at protesters and let off clouds of chemical irritants.

The man killed by police was identified by relatives and Minnesota Governor Tim Walz as Daunte Wright, 20. Walz said in a statement that he was monitoring the unrest in Brooklyn Center, a suburb of Minneapolis, as “our state mourns another life of a Black man taken by law enforcement.” 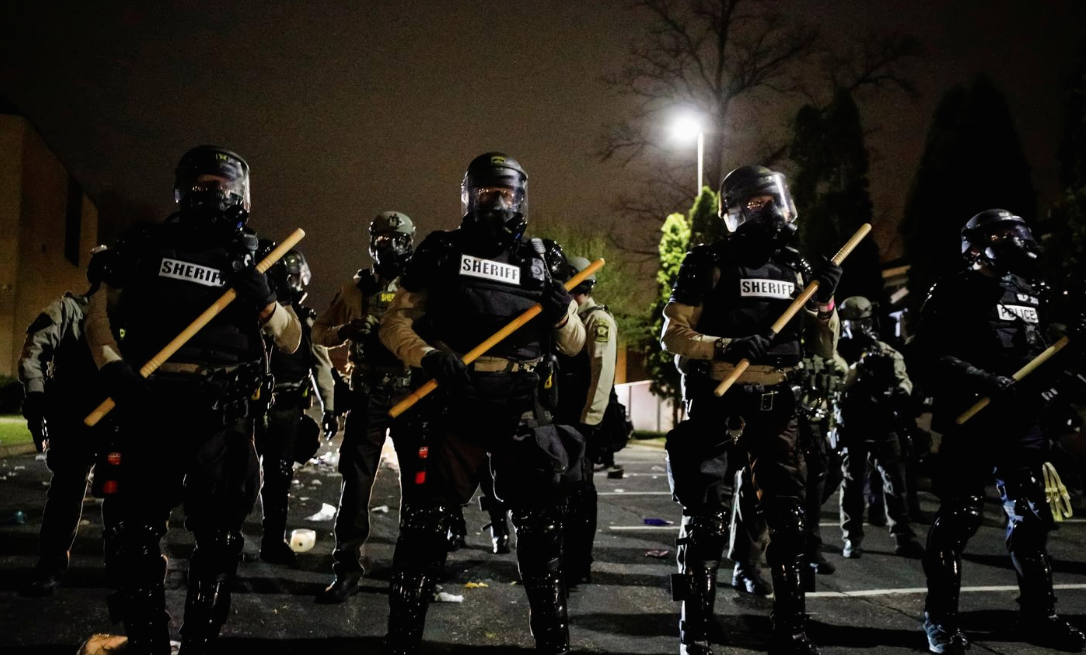 Anti-police protesters have already spent recent days rallying in Minneapolis as the trial of Derek Chauvin, a white former city policeman, enters the third week in a courthouse ringed with barriers and soldiers from the National Guard.

Chauvin is charged with murder and manslaughter for kneeling on the neck of Floyd, a 46-year-old Black man in handcuffs, during the deadly arrest last May, video of which sparked global protests against police brutality.

Wright’s mother, Katie Wright, told reporters at the scene that she received a call from her son on Sunday afternoon telling her that police had pulled him over for having air fresheners dangling from his rear-view mirror, illegal in Minnesota. She could hear police tell her son to get out the vehicle, she said.

“I heard scuffling, and I heard police officers say, ‘Daunte, don’t run,’” she said through tears. The call ended, and she dialed his number again, and his girlfriend answered and said he was now dead in the driver’s seat.

In a statement, Brooklyn Center police said officers pulled over a man for a traffic violation just before 2 p.m., and found he had an outstanding arrest warrant. As police tried to arrest him, he got back in the car. One officer shot the man, who was not identified in the statement. The man drove several blocks before striking another vehicle and dying at the scene. 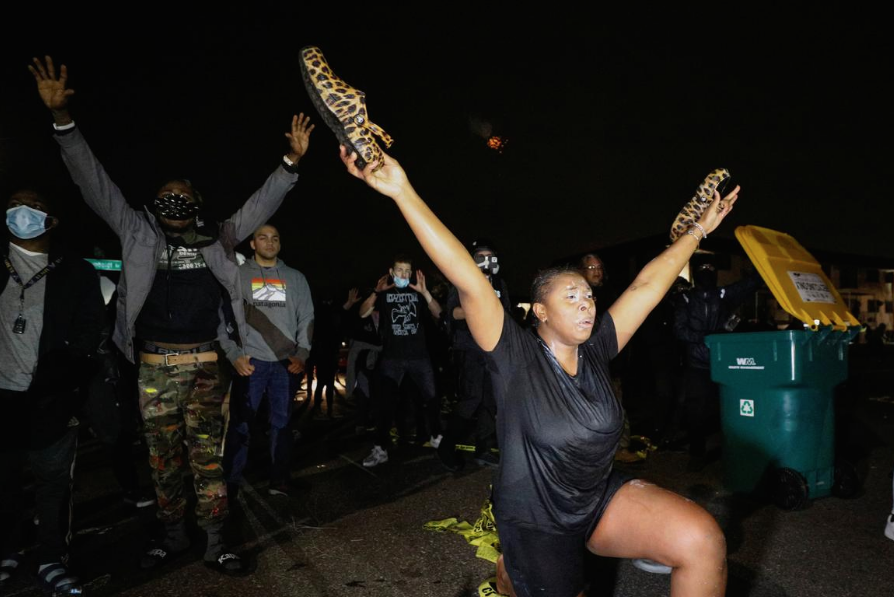 Police say both officers’ body cameras were recording during the incident. The state’s Bureau of Criminal Apprehension said it was investigating the shooting.

The Minnesota branch of the American Civil Liberties Union said another independent agency should investigate, and demanded the immediate release of any videos of the shooting. The group said it had “deep concerns that police here appear to have used dangling air fresheners as an excuse for making a pretextual stop, something police do all too often to target Black people.”

Near the site of the shooting, protesters yelled angrily at a line of police in riot gear holding long batons in front of them. Some protesters vandalized two police vehicles, pelting them with stones and jumping on them. Police fired rubber bullets, hitting at least two in the crowd, with at least one man left bleeding from the head, a Reuters witness said, before crowds marched to the police department building.

“We are asking the protesters to continue to be peaceful and that peaceful protesters are not dealt with force,” he said in a statement.(Reuters)

US official: China creating multiple fronts, like one on India border, to take advantage of world busy combating COVID-19

Trump mulls over Giuliani and Dershowitz for impeachment defence