Welcoming Prince Aga Khan to Rashtrapati Bhavan, the President congratulated the global Shia spiritual leader on the diamond jubilee of his leadership of the Ismaili community.

He said that the Prince has lead with great humility and has been a shining example of goodness for humanity.

The President added that India deeply appreciates the development initiatives Prince Aga Khan is supporting in India and other parts of the world.

He stated that the programmes of AKDN and India's flagship initiatives complement each other, be it Swacch Bharat, Skill India, heritage conservation, women empowerment or income generation in rural areas.

The President was happy to note that AKDN has partnered India not only in social sector projects but also in restoration of historic monuments and urban renewal.

Pointing to the inauguration of the restored Sunder Nursery in Delhi on Tuesday, the President said that India appreciates AKDN for helping in several restoration projects. 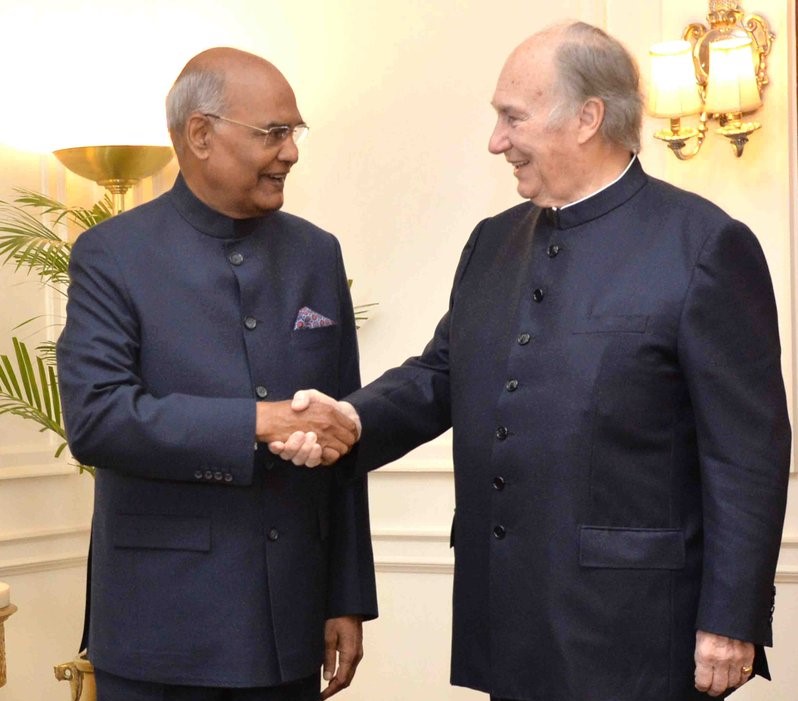 Aga Khan arrived in the country on Tuesday on a 10-day official visit at the invitation of the Government of India.

Bullet train project: 'Nothing can break off Mumbai from Maharashtra'