Rahul Gandhi hits back: PM can talk about my father, but what about Rafale?

Rahul Gandhi raked up the Rafale issue to hit out at Narendra Modi saying that Prime Minister can talk as much as he wants about Rajiv Gandhi, but he should also talk about the jet deal with France.

Sirsa: Rahul Gandhi raked up the Rafale issue to hit out at Narendra Modi saying that Prime Minister can talk as much as he wants about Rajiv Gandhi, but he should also talk about the jet deal with France. The Congress president, who has alleged irregularities in the defence deal, was referring to Modi's recent remark stating that the Gandhi family used INS Virat as a "personal taxi" while holidaying on an island.

"Prime Minister Modi can talk as much as he wants about my father (Rajiv Gandhi) but he should also talk about Rafale deal and what he has done to give two crore jobs to the youth of the country," the Gandhi scion said at a rally in Sirsa. 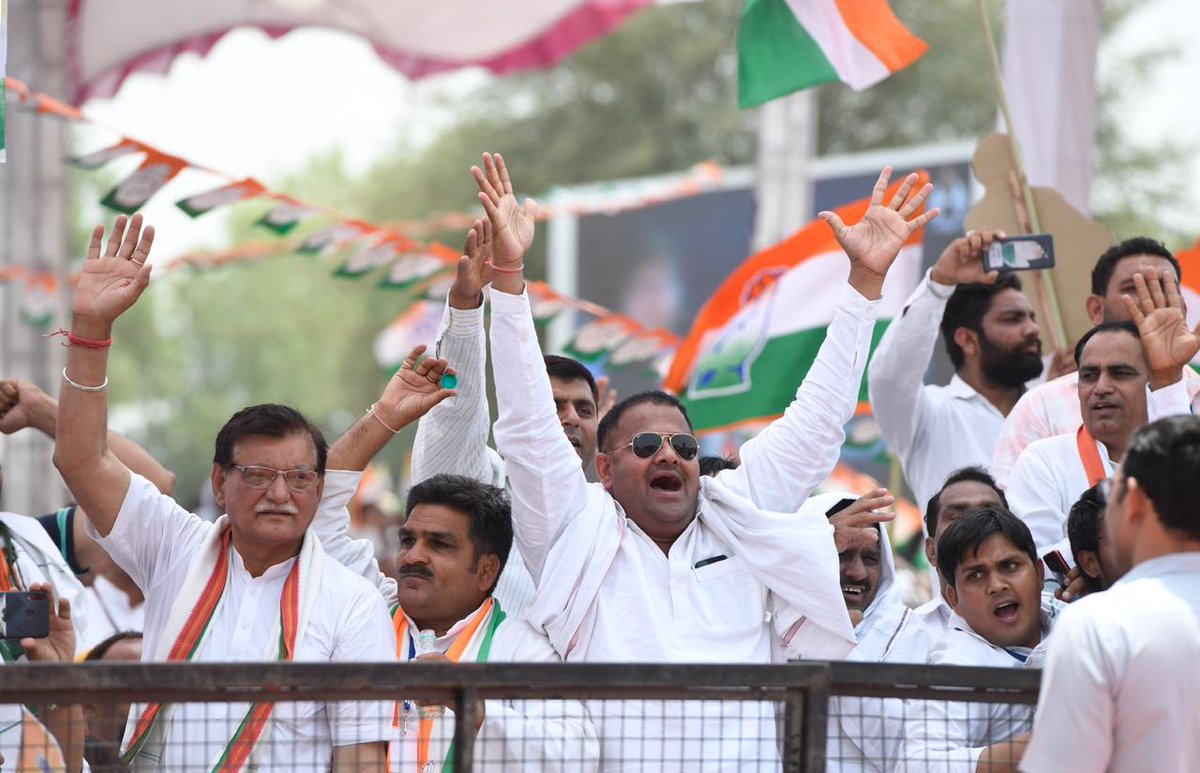 Modi, at a rally in Uttar Pradesh on Sunday, took a swipe at Rahul Gandhi by calling his father and former prime minister Rajiv Gandhi "corrupt number 1". "Your father was termed 'Mr. Clean' by his courtiers, but his life ended as 'Bhrashtachari No. 1'," the prime minister had said.

Gandhi continued his tirade against Modi over Rafale deal, an issue promptly used by Congress in these elections. "We dreamt for Rafale fighter jets to be made in Sirsa, but that dream was shattered by Prime Minister Modi," he said. 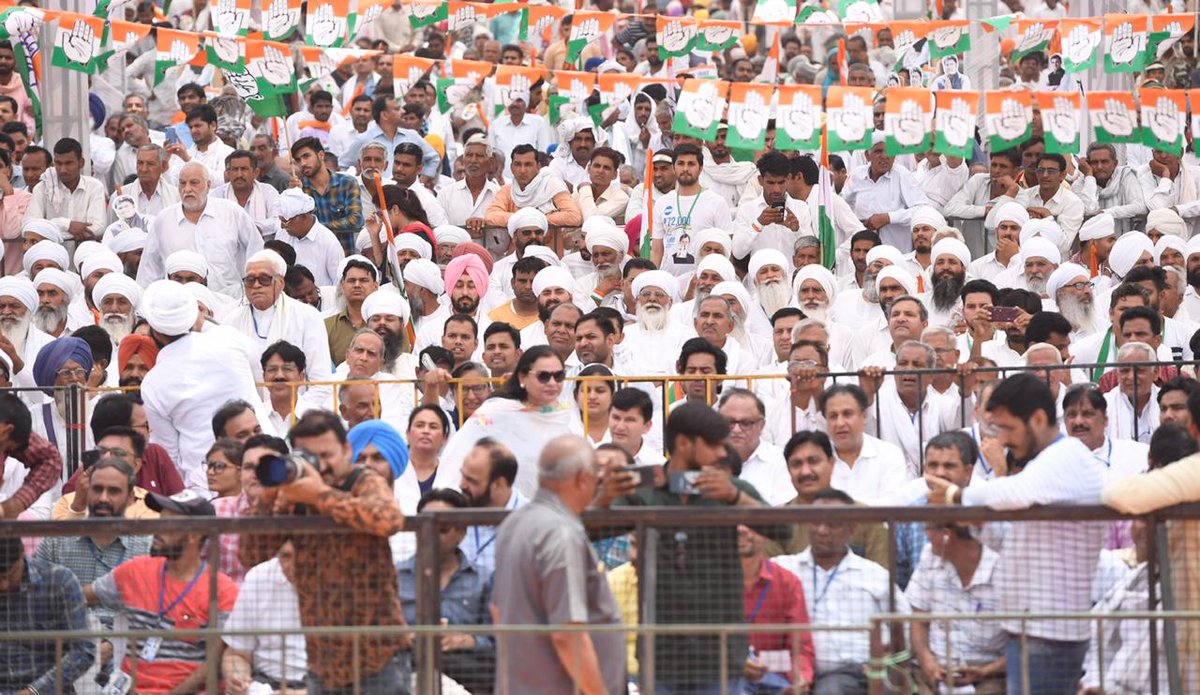 "Why Anil Ambani was handed Rafale contract by Narendra Modi? Anil Ambani never made an aeroplane in his life," he added.

Pitching his party's NYAY scheme, Gandhi cornered the Prime Minister over the "15 lakh in every bank account" statement. "I want to tell the youth and farmers in Sirsa that Modi made false promises to the people and lied about Rs 15 lakh being given to every citizen." 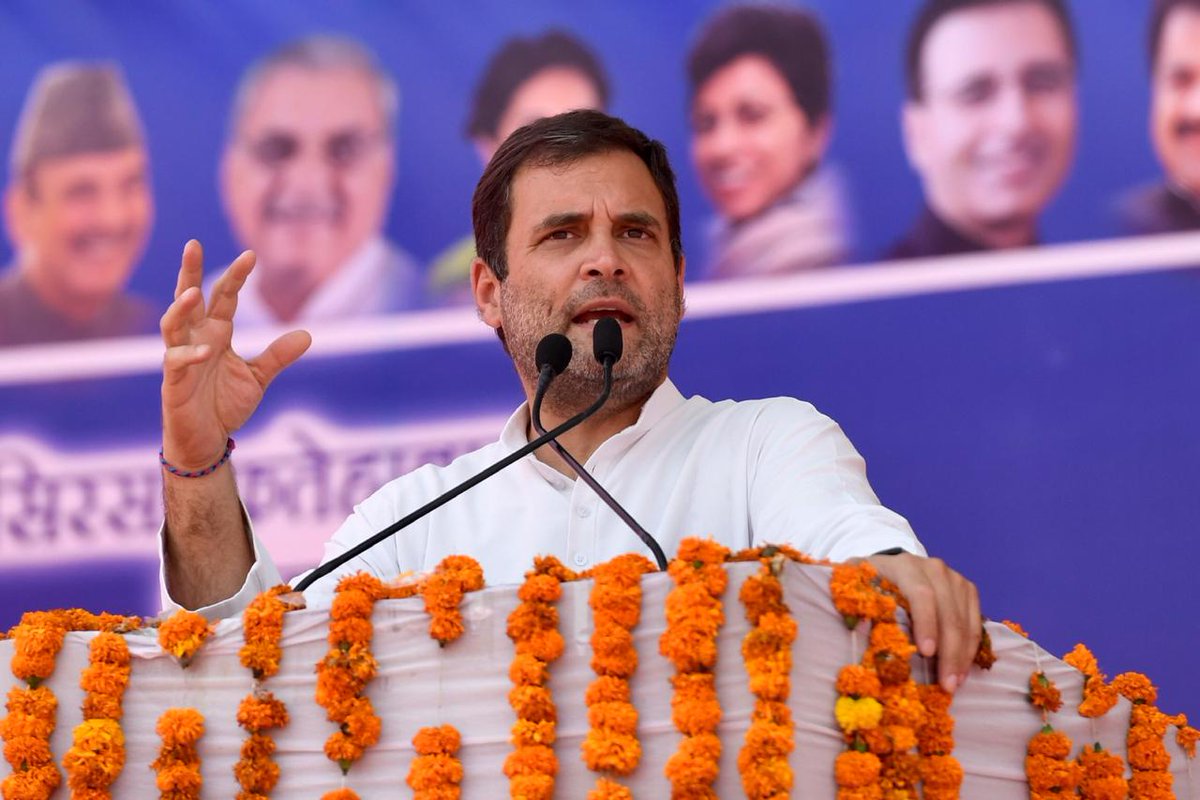 "Congress party promises that people will get Rs 3,60,000 in their bank account in 5 years. In Madhya Pradesh, Rajasthan, Chattisgarh and Karnataka where we formed the government we gave farm loan waiver in 10 days," Gandhi said.

Haryana is set to have a single-phase election on May 12, with all the 10 seats of the state voting in the sixth phase.(ANI)

Stage set for counting of votes on Thursday

Rahul Gandhi: PM Modi steals money from people and put it in hands of his friends