Besides the delegation of 90 farmers from his parliamentary constituency, Gandhi also met officials of the National Highways Authority of India (NHAI).

Lucknow: Congress Vice President Rahul Gandhi today met farmers from Amethi whose land had been acquired for widening a national highway and assured them of all possible help in resolving their problems, party leaders said.

Besides the delegation of 90 farmers from his parliamentary constituency, Gandhi also met officials of the National Highways Authority of India (NHAI). 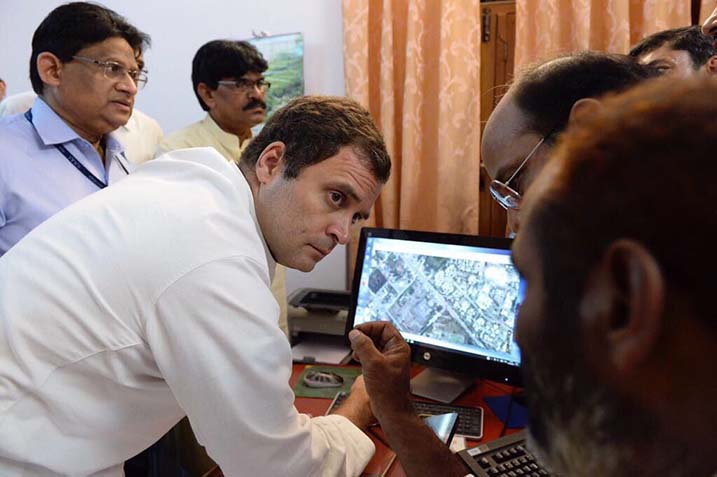 Work on widening NH 56 at Kathora Gram Sabha in Amethi's Jagdishpur block started a year ago. Three days ago, locals allege, NHAI began demolishing houses and shops in the area without compensating the affected farmers.

According to local Congress leaders, the farmers had already given land for widening the highway. However, NHAI was also constructing a bylane for parking trucks on both sides of the road in an area of around 200 m in Kathora, affecting about 100 families.

Gandhi, it is learnt, asked NHAI officials to adopt proper procedures to compensate those affected or shift the bylane. 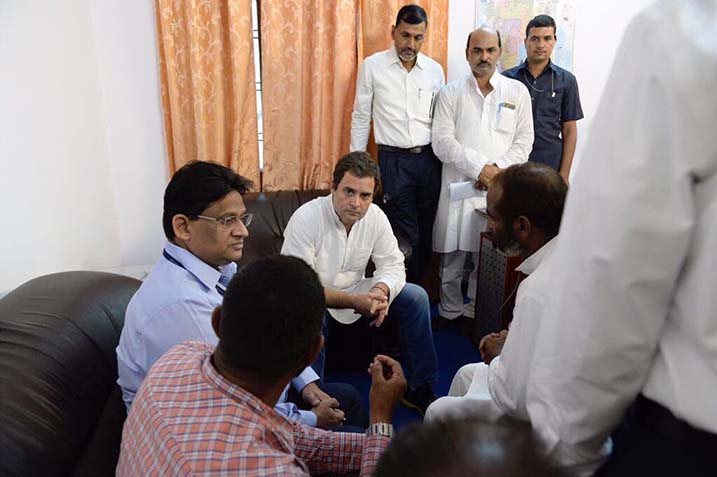 Ayub, one of those who had come from Amethi to meet Gandhi, alleged that their land was being acquired and old houses demolished.

The farmers said Gandhi had assured them of all possible help and said he would visit Amethi soon. 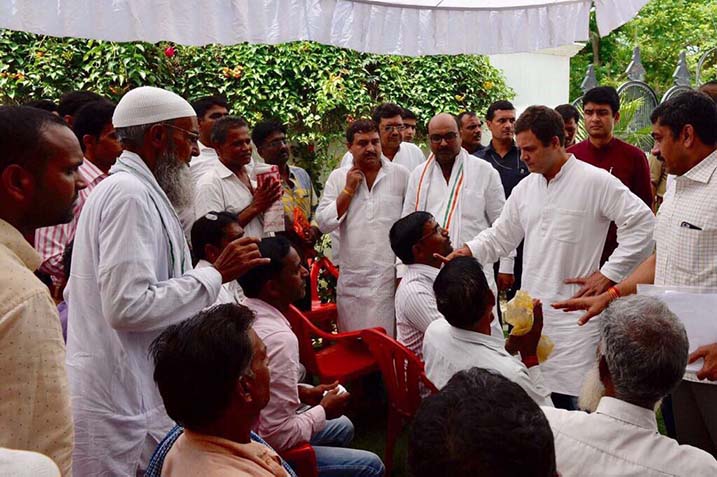 Gandhi, who arrived here in the morning, did not talk to the media due to heavy rain. (PTI)