Gandhi, who returned from abroad on Wednesday, was unable to attend the funeral of the former Delhi Chief Minister, who breathed her last on July 20.The three-time chief minister passed away following a cardiac arrest.

Rahul's mother Sonia Gandhi, sister Priyanka Gandhi Vadra and brother-in-law Robert Vadra were among those who attended Dikshit's funeral at the Nigambodh Ghat in Delhi.

However, Rahul was among the early ones to condole Dikshit's demise. 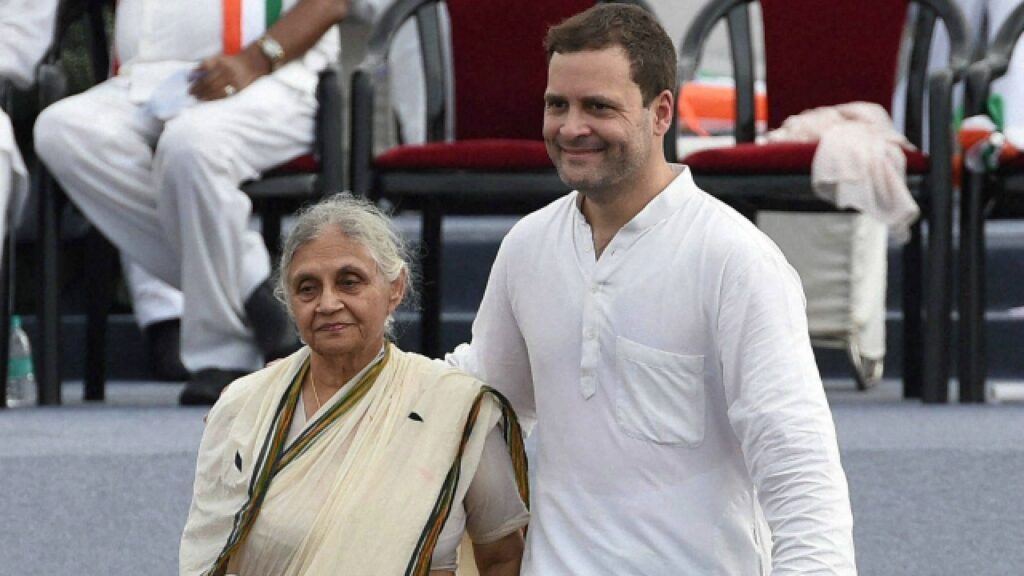 Calling her the Congress' beloved daughter, Rahul had tweeted, "I'm devastated to hear about the passing away of Sheila Dikshit Ji, a beloved daughter of the Congress Party, with whom I shared a close personal bond. My condolences to her family and the citizens of Delhi, whom she served selflessly as a three-term Chief Minister, in this time of great grief."

Dikshit has served as Delhi's Chief Minister for three consecutive terms between 1998 and 2013. She is credited for the national capital's growing infrastructure including roads and flyovers and better public transport system. (ANI)