Union Minister Rajnath Singh claimed that Prime Minister Narendra Modi-led government at Centre has tried its best to deliver on the promises the BJP made in its manifesto for the last national elections.

New Delhi: Union Minister Rajnath Singh claimed that Prime Minister Narendra Modi-led government at Centre has tried its best to deliver on the promises the BJP made in its manifesto for the last national elections.

"Under the leadership of Prime Minister Narendra Modi, our government has tried its best to fulfil the promises made in the party manifesto for the 2014 Lok Sabha elections," Singh said at the party's manifesto launch event at party headquarters here.

Speaking on BJP's promise for Ram Temple in Ayodhya, he said: "As far as Ram Mandir is concerned, we reiterate the promise made in the last elections. We will weigh all our option and try that the Ram Mandir is built as soon as possible in a harmonious environment."

He took a swipe at previous governments for not fulfilling the promises that were made in their poll manifestos. 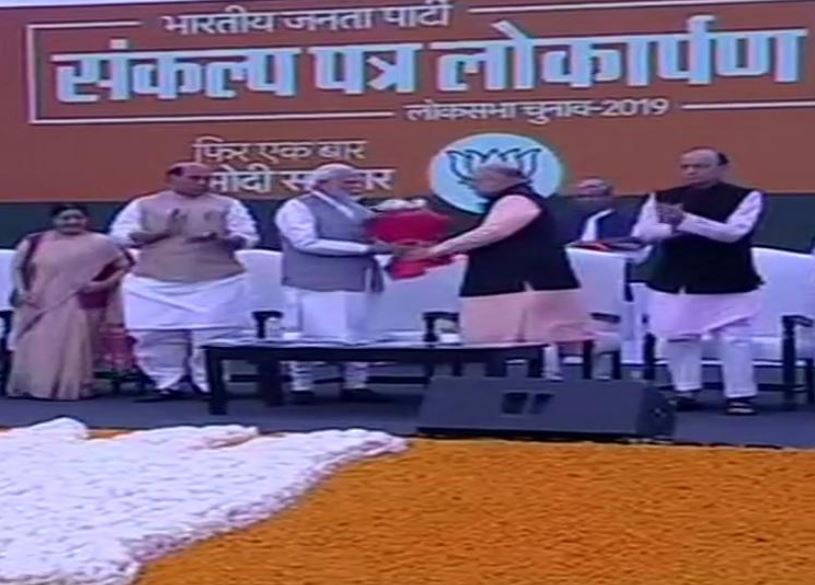 "India would have become a rich and the most powerful country in the world had our leaders even partially fulfilled what they promised in elections," Singh added.

The minister also said that the non-delivery of polls promises led to what he described as 'crisis of credibility'."There has been a gap between the words and deeds of our leaders which resulted into 'crisis of credibility'," he said.Singh, who was the president of the BJP when the party stormed to power, asserted that his party took a challenge to tackle with the credibility crisis by fulfilling most of its poll promises.

Singh, who headed the committee tasked with preparing the BJP manifesto for the ensuing Lok Sabha polls, informed that the saffron party contacted crores of Indians to access and include their aspirations in the manifesto named as 'Sankalp Patra'.