Reconstruction of Ram Janmabhoomi temple will usher a new chapter of progress for Ayodhya: Vice President

Vice President M Venkaiah Naidu said that the reconstruction of the Ram Janmabhoomi temple is going to herald a new phase in the development of Ayodhya. Read more on Dynamite News

Ayodhya/Lucknow:  Reconstruction of the Ram Janmabhoomi temple is not simply a high point in India's cultural history, it will also herald a new phase in the economy and development of the ancient city of Ayodhya and nearby areas, Vice President M Venkaiah Naidu said on Friday.

Naidu's statement came after he along with his spouse Usha Naidu visited the Ram Janmabhoomi Temple site in Uttar Pradesh's Ayodhya. They were accompanied by the Governor of Uttar Pradesh, Anandiben Patel and Uttar Pradesh Deputy Chief Minister Keshav Prasad Maurya.

"Spiritual tourism is a major employment generator in India and Ayodhya, one of the most ancient cities of the world, which is fast emerging as a preferred destination for national as well as international devotees," Naidu further said.

"I am pleased to note that to meet the increasing requirements of surging tourist inflows, the Central and State governments have started many infrastructural works."
A new International Airport is being constructed and redevelopment of Ayodhya Railway Station is also underway, said the Vice President.

"The private sector is also investing in hotels, medical sector and food chains. All in all, this sacred region is witnessing an unprecedented scale of development and Ram Nagari is on course to regain its ancient glory." 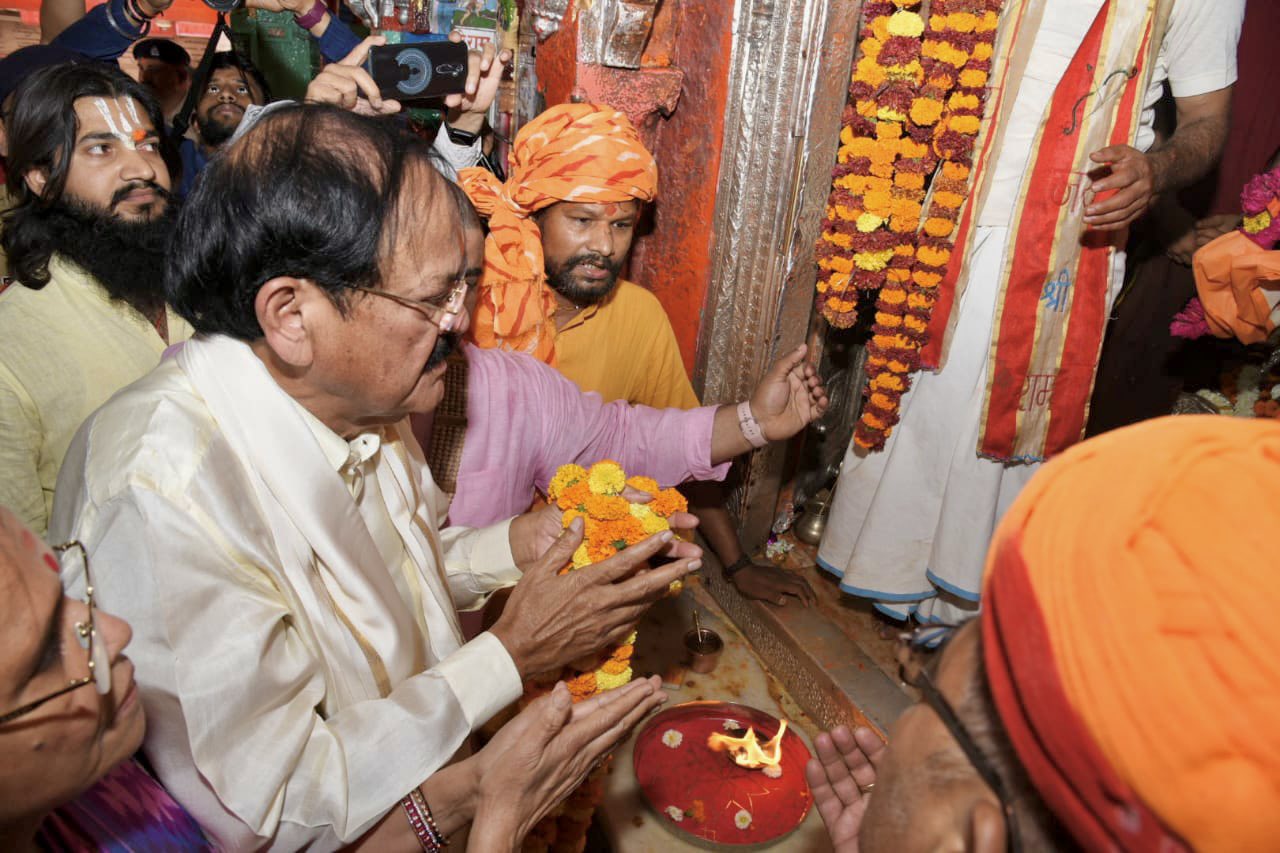 "My visit to Ayodhya and Darshan of Shri Ram Janmabhoomi today was the fulfilment of a long-cherished dream, one which, I am sure I share with millions of my countrymen," Naidu said.

"The rebuilding of Shri Ram Temple in Ayodhya symbolises India's cultural renaissance and our renewed commitment to the principles of Ram Rajya - a vision of democratic and righteous governance which ensures peace, justice and equality for all," he added. 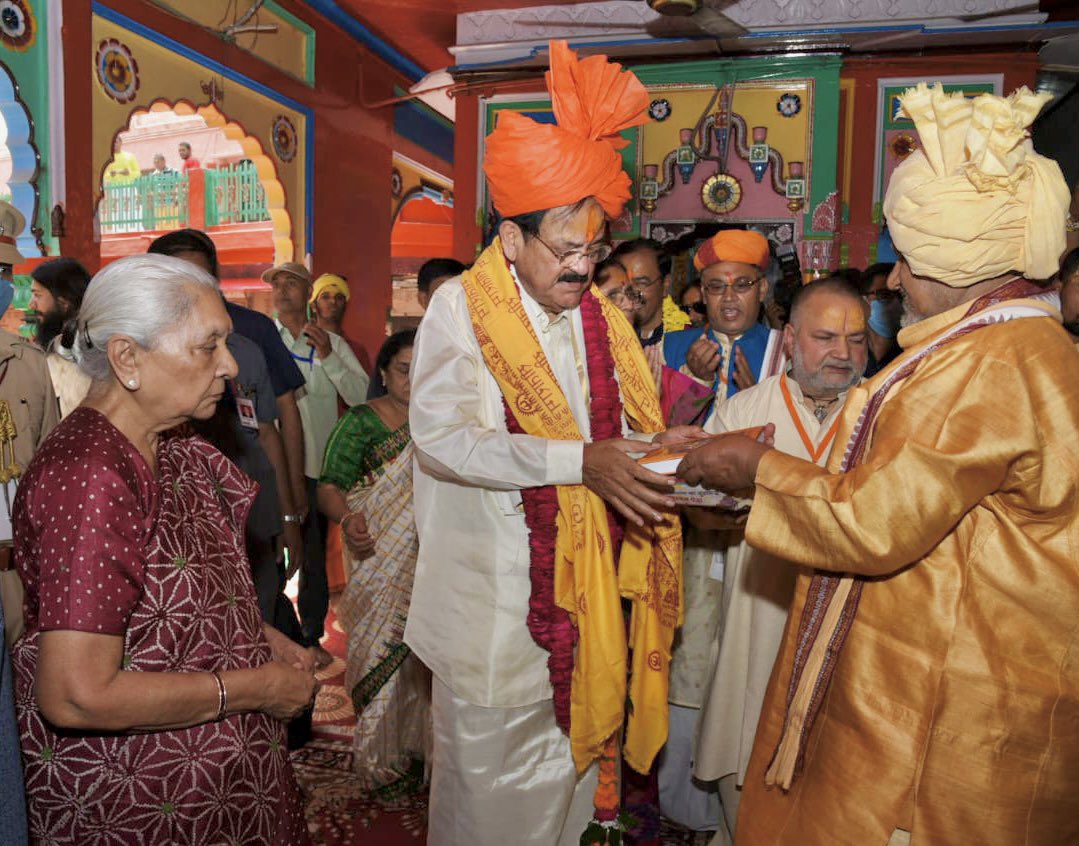 The Vice President said the message of the Ramayana has universal significance and transcends geographical boundaries, and that different adaptations of this timeless epic are hugely popular across various South East Asian countries like Thailand, Indonesia, Malaysia, Myanmar, Cambodia, and Laos.

With Prime Minister, Narendra Modi laying the foundation stone on August 5, 2020, Naidu said the reconstruction work of the temple is proceeding apace at the Ram Janmabhoomi site. 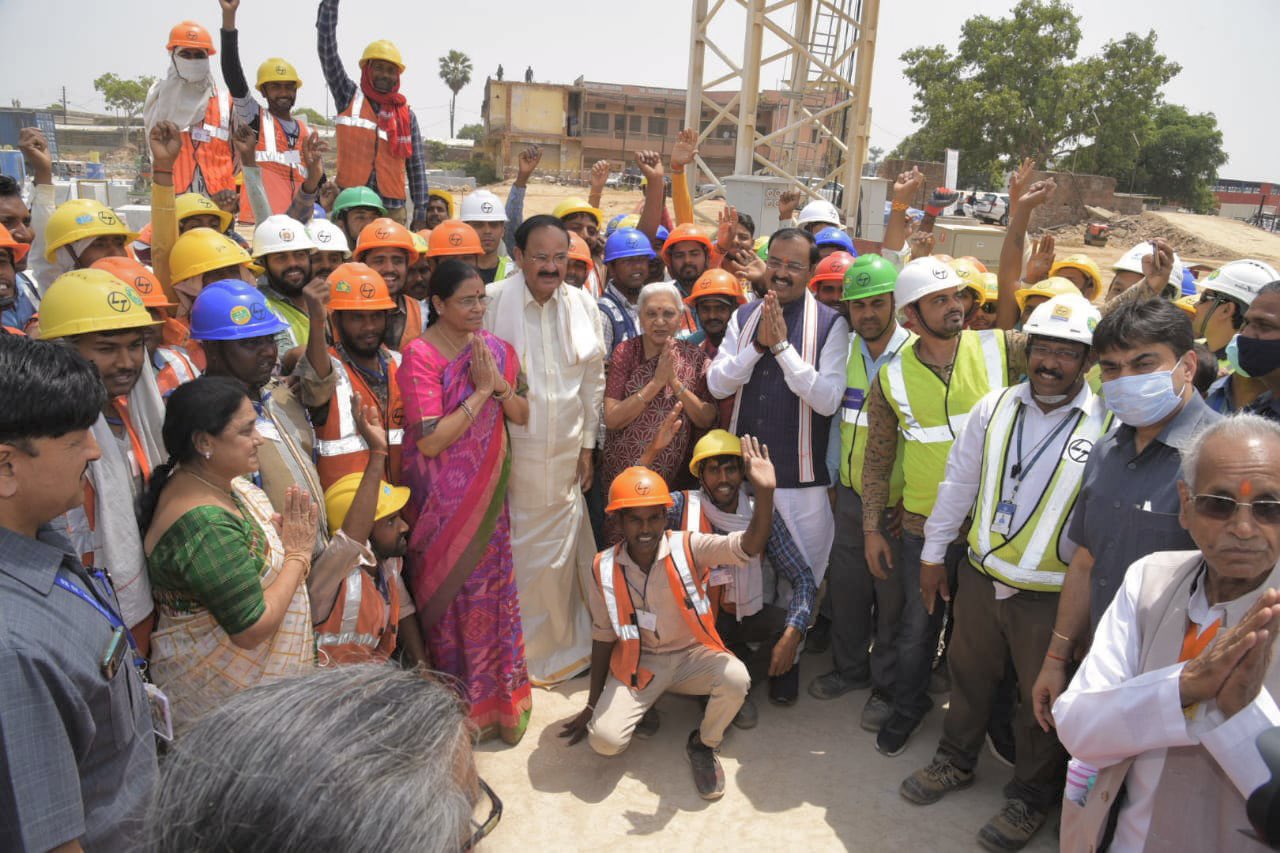 "It was gladdening to know that experts from various institutions including IITs, Central Building Research Institute, L&T Constructions and Tata Consultancy Engineering Limited are working together as a large team overseeing this historic mission." (ANI)

VP Naidu on 'Vande Mataram' row: If not mother, will you salute Afzal Guru?