The first leg of the yatra will be passing through Ghazipur, Ballia, Mau, Jaunpur, Bhadohi and will culminate in Varanasi on 27 October. 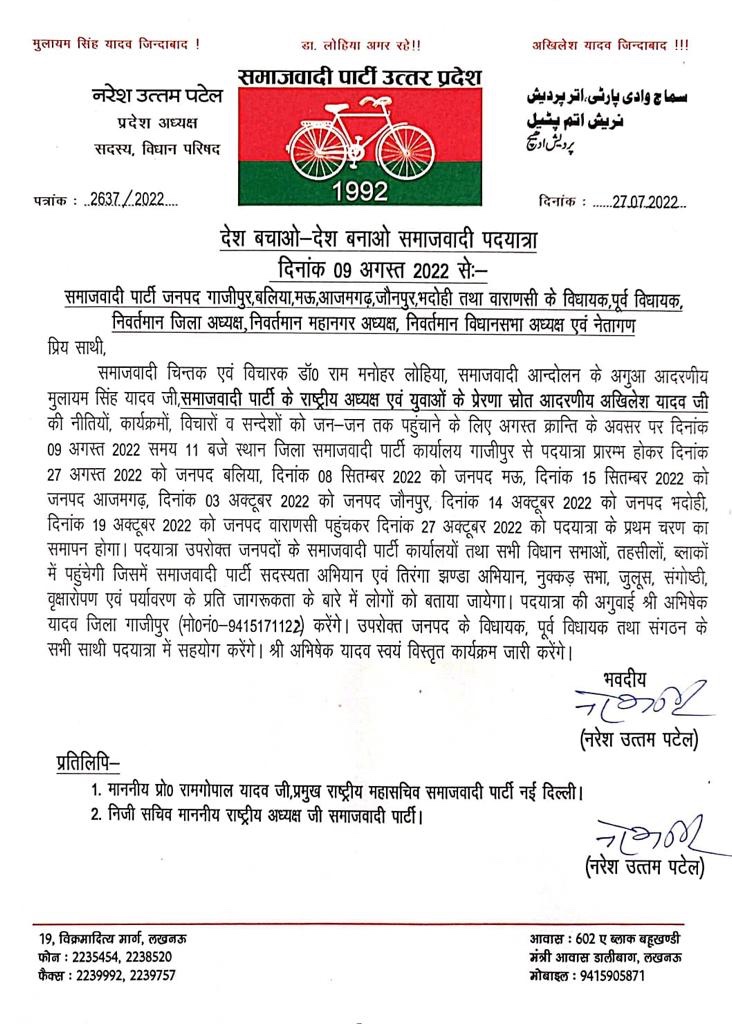 The Yatra will commence on 9 August at 11 from the SP's district office in Ghazipur. It will reach Ballia on 27 August, Mau on 8 September, Azamgarh on 15 September, Jaunpur on 3 October, Bhadohi on 14 October, Varanasi on 19 October. The first phase of the yatra will conclude on 27 October.

Also Read: 'Agnipath' is disastrous for future of the country and the youths, says Akhilesh Yadav

State President Naresh Uttam Patel said that the yatra will touch through all the Party offices of the districts, assembly constituencies, tehsils and blocks.

Akhilesh blames UP CM's 'thok do' mindset for Ghazipur incident