Talking to media persons here, Sinha said: “I am very happy to see the crowd gathered during my nomination filing. People have so much excitement today that police had to interfere and control them. 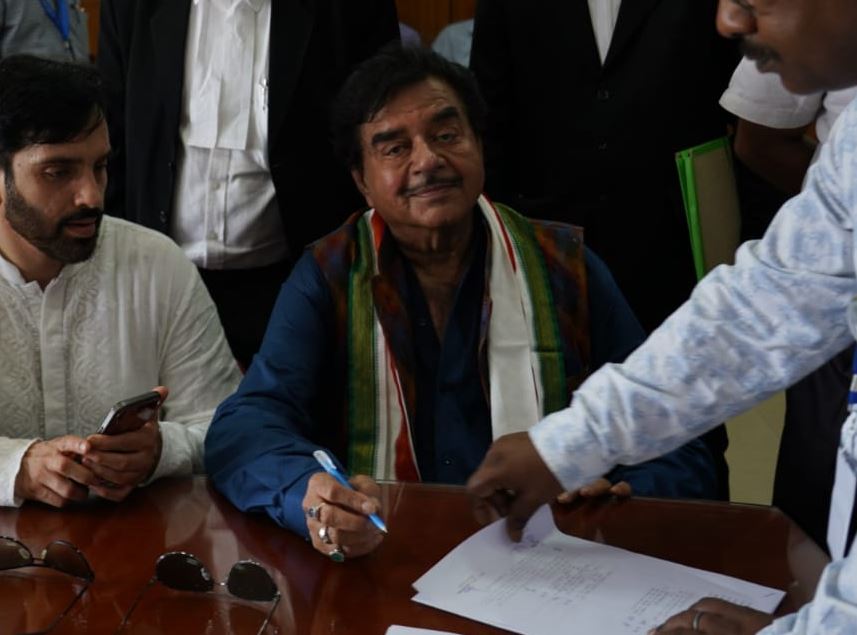 I am grateful to the people of Patna, our workers, RJD, Congress and Vikassheel Insaan Party (VIP),” he said.

Today, I filed my nomination as candidate for the Patna Sahib Lok Sabha constituency, as a candidate of the Congress party, and with the support of the MahaGathbandhan partners, in the presence of Shri. Akhilesh Prasad Singh of Congress. I am grateful for the overwhelming pic.twitter.com/6odImkyT7p

Sinha, the sitting MP from Patna Sahib, left the BJP to join the Congress earlier this month.