Supernovas defeated Velocity by four wickets in the final of Women's T20 challenge at Sawai Mansingh Stadium here on Saturday.

Chasing a decent total of 122 runs, Supernovas faced an early blow as AC Jayangani (2) was run out in the second over. Jemimah Rodrigues then joined the on-field batter Priya Punia.

Both struck regular boundaries and kept the scoreboard running. Rodrigues (22) and Punia (29) both got out in quick succession.

What a moment this for the Supernovas who clinch the final game of #WIPL here in Jaipur ?? pic.twitter.com/XcUAkThHvL

Skipper Harmanpreet Kaur and Natalie Sciver then came out to bat but their partnership also did not last long as Sciver (2) too got out in the 12th over.

Sophie Devine then came out on the field but she too went back to the pavilion after scoring just three runs.

Lea Tahuhu then gave company to the skipper. However, it was the skipper who came out strikingly and smashed regular boundaries and sixes with the help of which she scored her half-century off just 34 balls. But Kaur gave an easy catch in the last over which ended her 51-run inning. 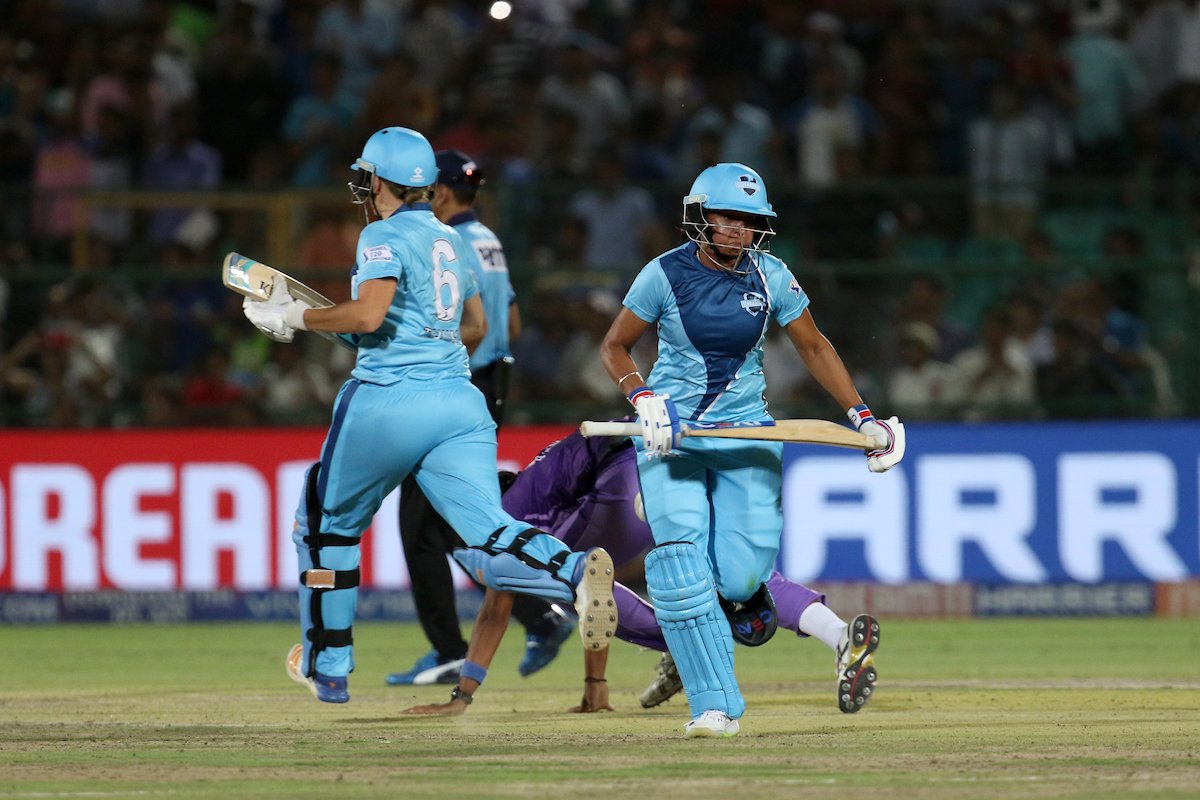 Supernovas still required seven runs off four balls and Kaur's dismissal brought Radha Yadav out on the field. Both the players took their side over the line and registered a four-wicket victory.

Also Read: Won't mind if my anger gets best out of boys, says Danish Karthik

Earlier, Velocity had a very penurious start as Lea Tahuhu sent Hayley Matthews (0) back to the pavilion in the first of the inning. Daniel Wyatt then joined Shafali Verma out on the field. However, Wyatt (0) too was sent back by Anuja Patil in the second over.

Continuing the trend, Velocity gave away their third wicket in the third over, this time it was Shafali Verma (11). Skipper Mithali Raj and Veda Krishnamurthy then took the field and played steadily. 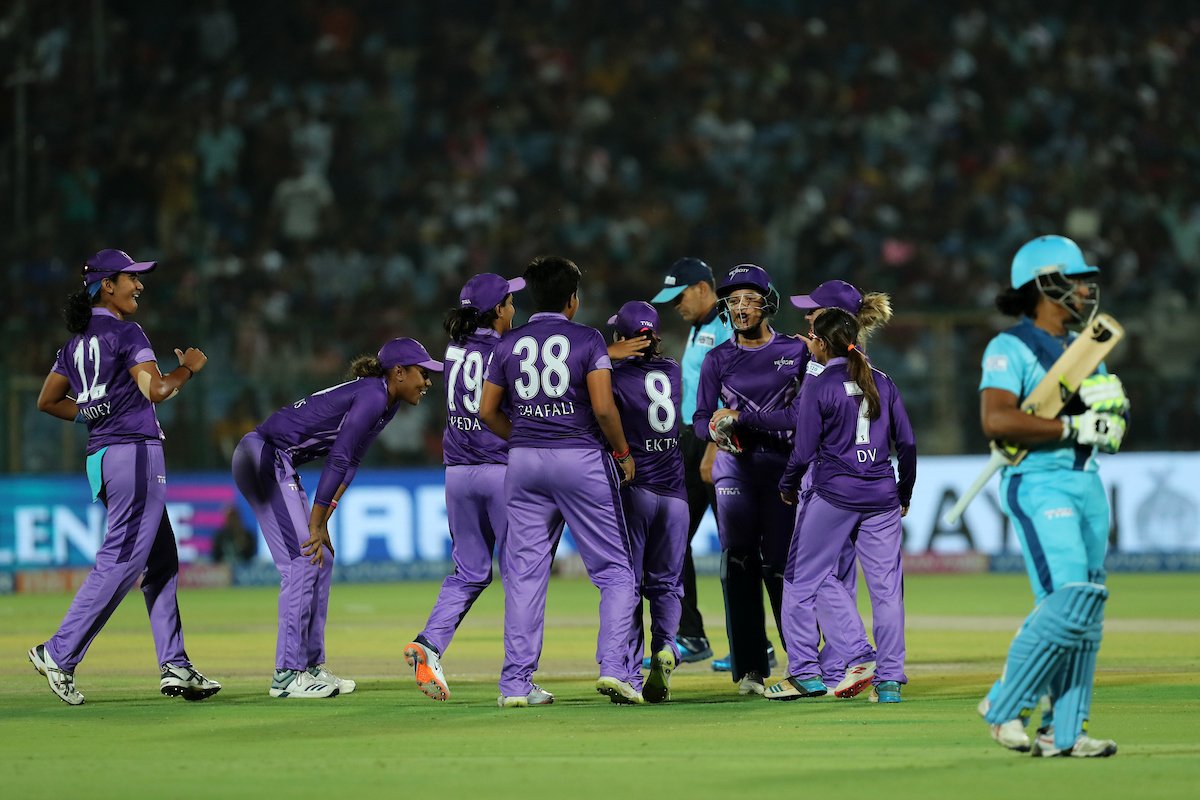 Regardless of the pressure, Raj and Krishnamurthy struck regular boundaries and provided their side a bit of momentum. Both formed a 23-run partnership before Sophie Devine got hold of Krishnamurthy (8). In the next over Raj (12) too got out and Natalie Sciver continued to bowl a maiden-wicket over.

Sushma Verma and Amelia Kerr then took control of the inning and played cautiously avoiding any risky shot. However, both managed to strike regular boundaries and formed an impeccable 71-run partnership before Poonam Yadav took the wicket of Kerr (36). 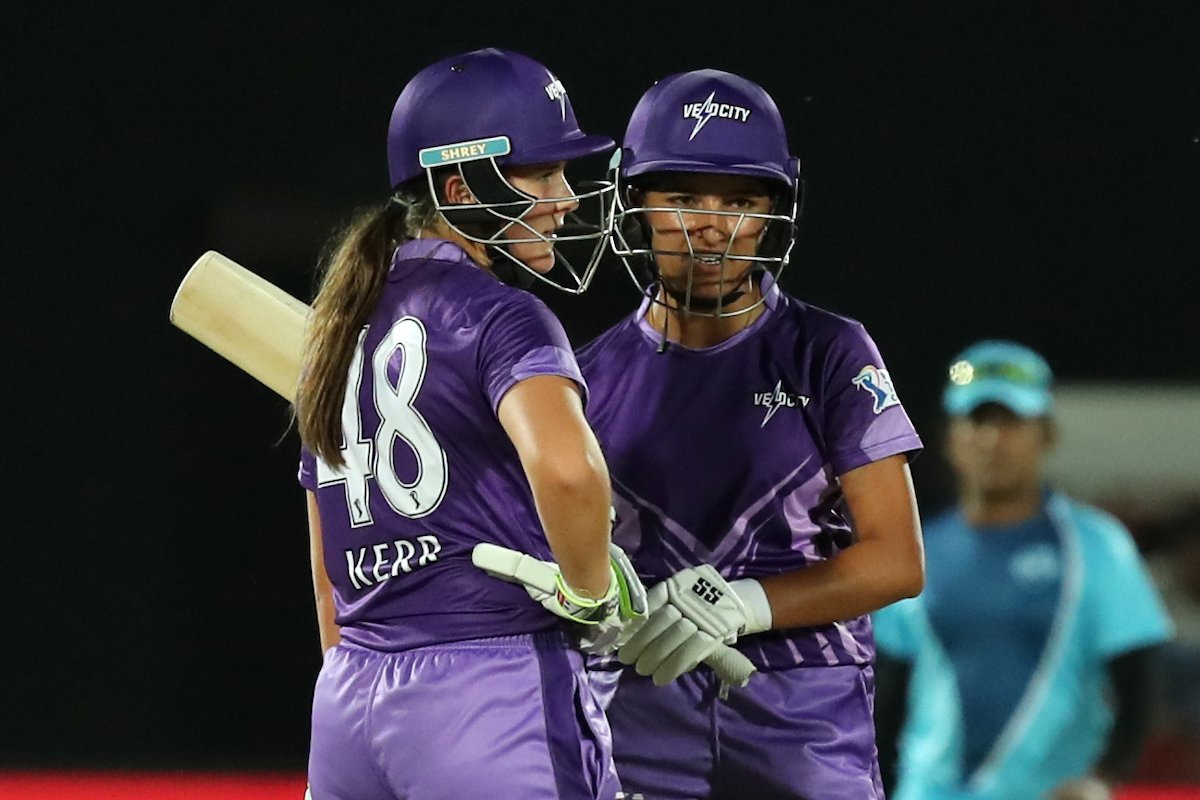 Shikha Pandey then gave company to Sushma Verma and both put up a total of 121 runs on the board. Sushma Verma scored unbeaten 40 runs and her 71-run partnership was the reason why Velocity was able to post a respectable target of 122 runs for Supernovas.

Mitchell Marsh flies back to join Australia A squad