Kolkata Knight Riders skipper Dinesh Karthik is not known to lose his cool for on-field lapses but he doesn't mind letting it rip occasionally if it can bring the best out of his players.

Mohali: Kolkata Knight Riders skipper Dinesh Karthik is not known to lose his cool for on-field lapses but he doesn't mind letting it rip occasionally if it can bring the best out of his players.

During Friday's must-win away match against Kings XI Punjab, Karthik lost his cool at the innings break as his bowlers and fielders didn't execute his plans properly. 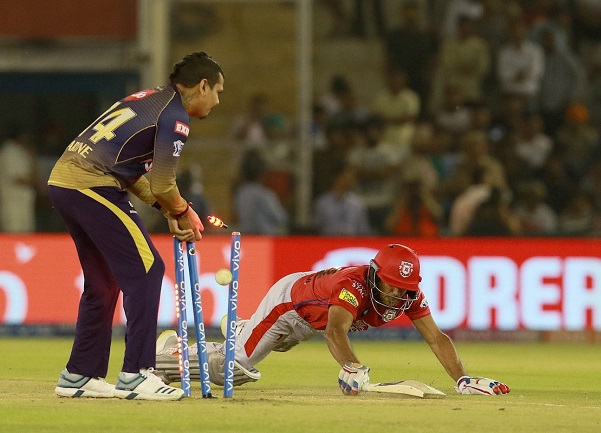 When asked about his frayed temper, the KKR skipper admitted that he wasn't happy with his bowlers and fielders.

"It's been a hard few days. I wasn't too happy with the what the bowlers and the fielders were doing, so I thought I should let the boys know what I felt at that time. It is rare, not many people have seen me angry. If I feel I need to be angry to get the best out of the boys, then maybe," Karthik said after his team's seven wicket win over KXIP.

KKR fast bowler Sandeep Warrier said that the skipper was urging his men to be on toes during crunch situations.

The skipper however was all praise for young Shubman Gill, who scored an unbeaten 65 off 49 balls to anchor the chase of 184.

"It's fair that we have given Gill a chance at the top of the order, and he has grabbed the opportunity with both hands. It's a big ground, but we did the small things well. We ran well between the wickets, put pressure on the bowler and it was good execution from the batsmen," Karthik said.

"Back of the length was a bit hard to hit as the ball was not coming onto the bat pretty easily, so I stuck to this with the new ball and it worked," the 28-year-old bowler from Kerala said. (PTI)