"This is a very good verdict which has come today. We are already prepared for contest in the two constituencies which had fallen vacant earlier. Now, these 18 constituencies have also fallen vacant. AIADMK will contest bye-elections in all vacant seats. The Election Commission of India has to now only decide further on the issue. As far as AIADMK is concerned, we will contest all and ensure our victory," Palaniswami told media here.

The 18 MLAs had earlier pledged support to rebel party leader TTV Dhinakaran, who later went on to form his own faction Amma Makkal Munnetra Kazhagam (AMMK). Following the court verdict, Dhinakaran said that the order was "not a setback".

Welcome the HC verdict. Even if bypolls are announced for the 18 assembly seats, Amma's Govt will win all of them, rest of the things the EC has to decide: Tamil Nadu CM E Palaniswami on Madras High Court upholds disqualification of 18 rebel AIADMK MLAs. pic.twitter.com/6kb7jRBnUs

It is not a setback for us. This is an experience, we will face the situation. Future course of action will be decided after meeting with the 18 MLAs: TTV Dinakaran on disqualification of 18 AIADMK MLAs upheld by Madras HC pic.twitter.com/yg1K9VDSLb

Dhinakaran said, "This is an experience. We will face the situation. The future course of action will be decided after meeting with the 18 MLAs."

When asked for his response on Dhinakaran's statement, Palaniswami said: "I don't know what this experience he is talking about? He is not even a primary member of the party, therefore, nothing on him."

Meanwhile, Dravida Munnetra Kazhagam (DMK) chief MK Stalin said that his party has nothing to worry about the court's order.

"The DMK's stand has been always to safeguard democracy. The Madras High Court verdict is out today and we don't worry about this. Already, the by-election for Thiruvarur and Thirupurakundram are due. Now with the court's verdict, 18 more constituencies will fall vacant. I urge the Election Commission to take immediate steps to fill up the vacant seats and expect that they will undertake the exercise soon."

Meanwhile, Tamil Nadu Assembly Deputy Speaker Pollachi Jayaraman also praised the court's order. "Amma's government will work for the people for 100 more years. The Madras High Court verdict today is the victory of 'dharma'. It is also a slap in the face of traitors and cheaters. Even if an appeal is filed against the verdict, I strongly believe only truth will win."

In August last year, a total of 19 AIADMK MLAs had submitted a letter to the then Governor CV Rao withdrawing support to the Chief Minister. As a retort, chief whip S Rajendiran asked Speaker P Dhanapal to disqualify the MLAs stating that their actions amounted to voluntarily giving up their party membership. 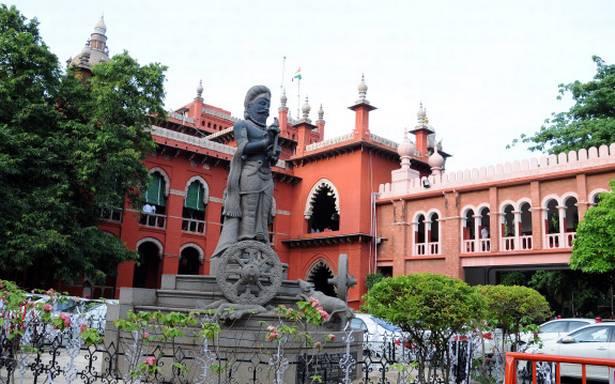 Later, one of the MLAs, STK Jakkaiyan, came back to Palaniswami's side and Dhanapal disqualified the remaining MLAs in September 2017 under the 1986 Tamil Nadu Assembly Members Party Defection Law.

Palanisamy wins vote of confidence in TN assembly amidst uproar

AIADMK MLA: Dhinakaran a 'shani' that has gone now