Udaipur Beheading Incident: Section 144 imposed across Rajasthan for one month

Rajasthan government on Tuesday announced the imposition of section 144 of CrPC in all the districts for the next one month. Full story on Dynamite News:

Jaipur: After the horrific murder of a tailor in Udaipur sparked outrage in the entire state, the Rajasthan government on Tuesday announced the imposition of section 144 of CrPC in all the districts for the next one month.

Internet services have been suspended in the entire state on Tuesday.

"We appeal to the people of Udaipur to maintain peace. The (victim Kanhaiya Lal's) dependents have been assured of recruitment through placement service in UIT, and the family will be given compensation of Rs 5 lakhs," said Bhatt.

Police are on high alert in every district of Rajasthan. 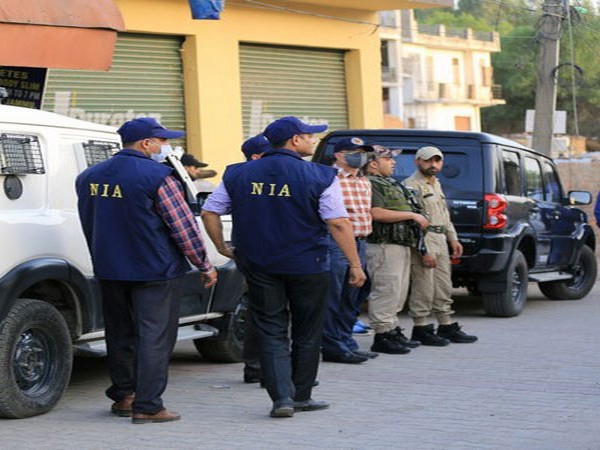 "In view of the prevailing situation, Section 144 has been imposed in the entire district as well as the state. Shanti March has been cancelled by the organizers. We appeal to the people to maintain peace. Leaves of police personnel have been cancelled and they have been asked to report back. They are being deployed in law and order duty. We will ensure peace is maintained and take strict action against those attempting to disrupt it," Ajmer SP Vikas Sharma told.

The NIA team includes a Deputy Inspector General (DIG)-rank officer, a source told on anonymity, adding the move comes following an order issued from the Ministry of Home Affairs (MHA).

As per government sources, the NIA team is likely to file a case under provisions of the Unlawful Activities (Prevention) Act after visiting the crime spot.

The two accused were arrested within hours of the incident.

One of the assailants, who was identified as Riyaz Akhtar, attacked Kanhaiya Lal with a sharp-edged weapon while the other, Ghos Mohammad, recorded the crime on his mobile phone, police said.

The victim, a tailor, reportedly had recently shared a social media post in support of Nupur Sharma-- former BJP spokesperson who had made controversial remarks against Prophet Mohammad. Following the murder, local markets in the area were shut as the traders demanded justice for the victim.

"Both the accused have been detained and the law and order situation is under control. Some people were attempting to come out of the bylanes but were controlled. Curfew imposed in the nearby areas," Manoj Kumar, SP, Udaipur said.

A statewide alert has also been issued to all Superintendents of Police and Inspector Generals to increase the mobility of forces and to maintain officers on the ground. (ANI)

Rajasthan: One arrested, 5 booked for child marriage in Jhalawar