Australia coach Graham Arnold has named uncapped England-based defender Harry Souttar while omitting a slew of experienced Socceroos in a raw 23-man squad for next month’s opening World Cup qualifier away to Kuwait.

Souttar, who is playing for English Championship club Fleetwood Town on loan from Stoke City, is one of 12 players with 10 or fewer caps in the squad as Arnold looks to regenerate the side on the road to the Qatar.

The tall 21-year-old was born in Aberdeen to an Australian mother and previously represented Scotland at junior levels before throwing in his lot with the Socceroos. His brother John has won three caps for Scotland. Australia, who were knocked out at the group stage of last year’s World Cup in Russia and the quarter-finals in the Asian Cup in January, play Kuwait at the Al-Kuwait Kaifan stadium on Sept. 10.

Arnold has retained only a few of the fringe players that lost 1-0 in a friendly to South Korea in June while declining to recall long-serving Socceroos Tom Rogic, Robbie Kruse and Tomi Juric for form and fitness reasons. South Korea-based striker Adam Taggart, who has been in prolific form for Suwong Bluewings, may bear the burden of scoring for a team that continues to struggle to unearth an elite marksman.

World Cup forward Andrew Nabbout and defender Josh Risdon have also been rested. Arnold said he had spent the past month criss-crossing Europe to uncover players and build depth in the squad.

“I find it exciting for the Socceroos and the nation that there were so many more players in contention for this squad,” he said in a media release.

“And (I) am expecting healthy competition for places in the starting side for Kuwait and our upcoming qualification matches as we target a winning start on our journey to Qatar.” 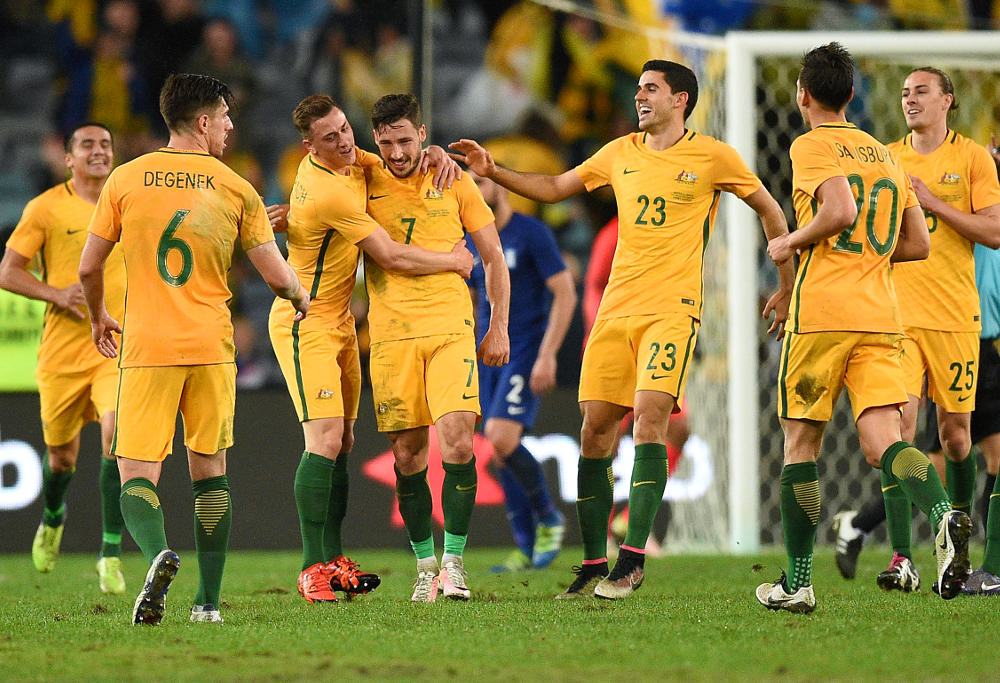 The Socceroos also play Group B rivals Taiwan, Jordan and Nepal in the second round of Asian qualifying as they bid to qualify for a fifth consecutive World Cup and sixth overall.