A doctor and his son were thrashed by a group of men allegedly over age-old rivalry in Lucknow's Thakurganj area. 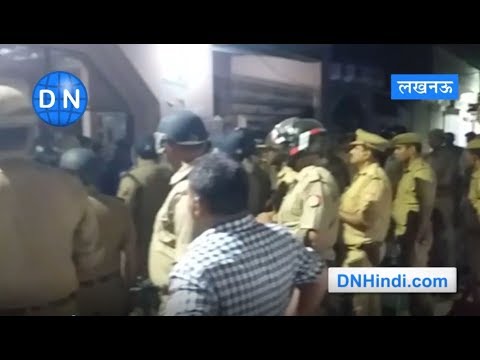 Lucknow: A doctor and his son were thrashed by a group of men allegedly over age-old rivalry in Lucknow's Thakurganj area on Thursday, police said.

According to the police report, dozens of goons barged into the victim's clinic, attacked him and his son and later fled the spot.

After receiving the complaint, police forces from six police stations reached the spot to take control of the situation.

"We received a complaint that two groups are fighting here in Thackurganj area. We immediately rushed to the spot. We are asking locals about the incident and make all efforts to nab the absconding accused. Strict action will be taken against the men found guilty," said Vikas Chandra Tripathi, Superintendent of Police.

Also Read: 6 criminals held after gunfight with police in Ghaziabad

"A case has been filed against the attackers and the police is making effort to find the accused," he added.

UP: Girl found dead in bushes with strangulation marks

UP: Minor girl found dead after missing for 5 days