UP polls: Akhilesh Yadav takes another jibe at 'bua' Mayawati

Akhilesh Yadav claimed that the Samajwadi Party is leading in six phases and after the seventh phase, the party will again form government.

"We have seen that while she speaks, people present in her rally sleep on their chairs. She is our 'bua', but, we don't know when she will be doing 'rakshabandhan' with the Samajwadi Party," he said while addressing a rally in Jaunpur.

Further, Akhilesh Yadav claimed that the Samajwadi Party is leading in six phases and after the seventh phase, the party will again form government.

"Everything gets completed after seven rounds, new life starts after the seventh round, the Samajwadi Party will also form the new government," he said. 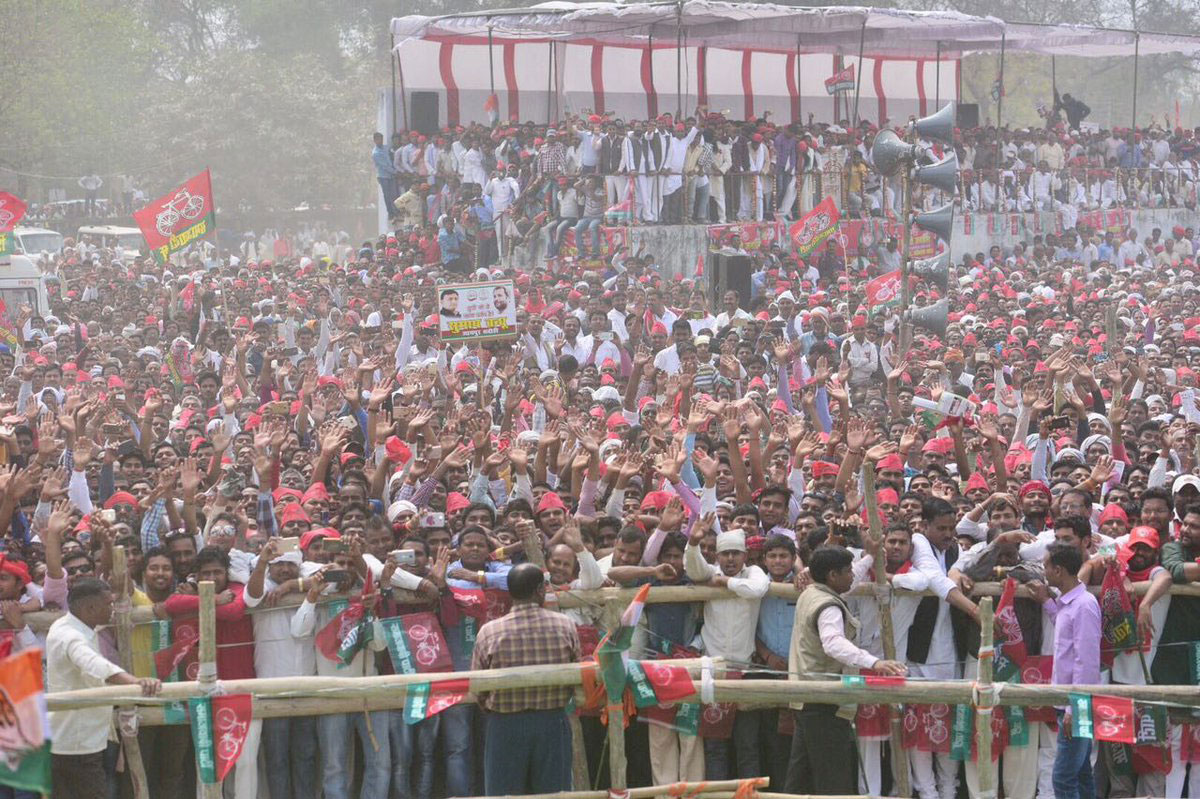 Akhilesh Yadav also expressed confidence in his party's win in the assembly polls in the state.

"If Prime Minister could see this crowd, he would be assured of our victory," he said.

"People trust Samajwadi Party's work and policies. We will do more work to change your lives if we are elected again," he added.

While promising to raise the amount of the Samajwadi Pension Scheme, Akhilesh Yadav said, "We are now offering Rs. 500 under the scheme, but, after winning the elections, we will give Rs. 1000 pension and will cover all those women who were left before."

The polling for the seventh phase of UP assembly elections will take place on March 8. (ANI)

UP polls: Voting for 49 Assembly seats on Saturday