UP: Wanted Mining Mafia, Who Escaped To Uttarakhand, Arrested In Moradabad After Encounter

Wanted criminal Zafar, whose pursuit led Uttar Pradesh police into an Uttrakand village earlier this week was arrested from Moradabad on Saturday after an encounter with police.Read more on Dynamite News:

Moradabad: Wanted criminal Zafar, whose pursuit led Uttar Pradesh police into an Uttrakand village earlier this week was arrested from Moradabad on Saturday after an encounter with police, an official said. 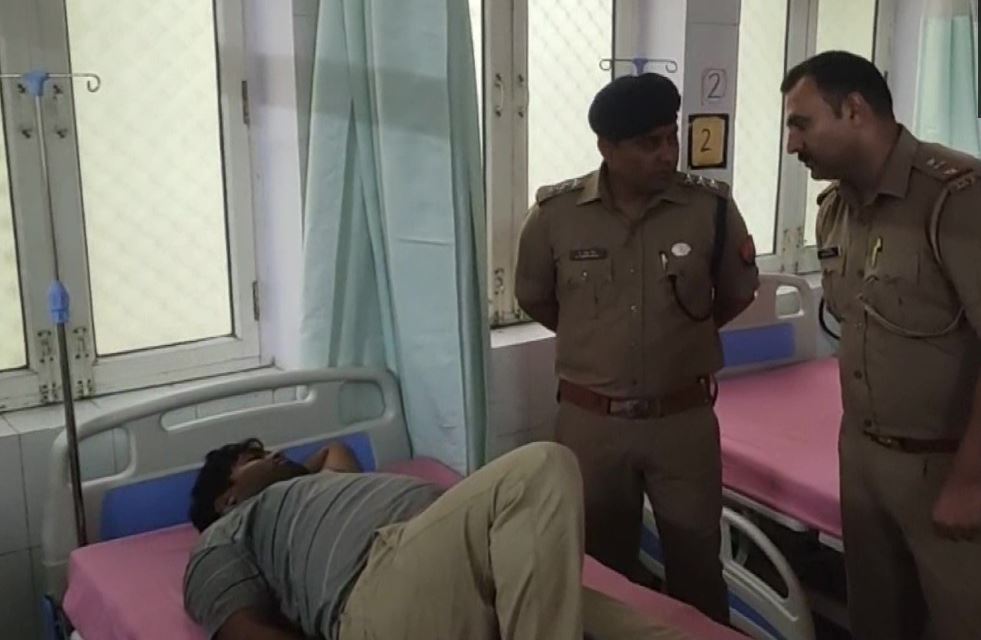 "Zafar was carrying a reward of Rs 1 lakh. He escaped from Bharatpur in Uttarakhand's Udham Singh Nagar.

He has been shot in the leg and is undergoing treatment. During the encounter one constable also got injured.

During the encounter, Zafar sustained a bullet injury. Following this, he was shifted to the hospital.

Uttarakhand Police on Thursday registered an FIR against the Uttar Pradesh Police after one woman died and five UP policemen were injured during a clash in Bharatpur village of Uttarakhand's Udham Singh Nagar.

The policemen from Moradabad had arrived in the village on Wednesday in pursuit of Zafar, an alleged mining mafia, when they reportedly clashed with locals.

"Continuous efforts were being made to nab Zafar. We had an encounter with him yesterday night at Pakbara during which he sustained bullet injuries. He was then arrested. He is now undergoing treatment.

There was a bounty of Rs 1 lakh on Zafar. He was in an attempt to escape to Delhi," said Senior Superintendent of Police, Moradabad Hemant Kutiyal.
Five Uttar Pradesh police personnel were injured in the clash and they are undergoing treatment.

Shalabh Mathur, DIG, (Moradabad) of Uttar Pradesh Police said on Wednesday that six UP police personnel from Moradabad sustained gunshot injuries during the clash with locals in Bharatpur village.

Nilesh Anand Bharney, DIG, Kumaon Range,"UP Police came here without informing anyone. They were not in uniform, and were not carrying ID cards. Raids are not conducted this way.

They entered a house, fired, and a woman lost her life. This is wrong. A case of murder has been registered," said
The injured policemen are currently undergoing treatment at a hospital in Udham Singh Nagar district, DIG Mathur said

"One of our police vehicles was torched and three police weapons are missing", DIG Mathur said.

"The UP Police received intimation from trusted sources that the wanted mining mafia was trying to flee to Uttarakhand. Acting on the tip-off a team reached the spot and started checking every vehicle on Surajnagar Road, Jaspur Mod to nab Zafar", officials said.
"Jafar was spotted in a white SUV and after seeing police, he opened fire at the police team in his attempt to flee. Police official Deepak was shot in the arm", police added.

According to a statement released by UP Police, "the team started following a white SUV, which entered a village and Jafar and his companions took shelter inside a house in Bharatpur village, Uddham Singh Nagar."

The team following the absconders entered the house where they were attacked by Zafar and unidentified persons who started firing at the police. Two policemen Shiv Kumar and Rahul were shot in the leg. The accused also took police hostage and escaped the scene.
Meanwhile, Uttarakhand Police said they will take fair and legal action in this matter.

A forensic team also reached the site of the incident in Bharatpur village of Udham Singh Nagar district. (ANI)

Azamgarh: SP injured after encounter with a wanted criminal Bheem