Australian pacer Pat Cummins has said that India captain Virat Kohli's 116 was the difference between the two sides in the second ODI, which the hosts won by eight runs to take a 2-0 lead in the five-match series.


Nagpur: Australian pacer Pat Cummins has said that India captain Virat Kohli's 116 was the difference between the two sides in the second ODI, which the hosts won by eight runs to take a 2-0 lead in the five-match series.

Kohli's dogged hundred, his 40th in ODIs, helped India to revive their innings and post a competitive 250 after a middle-order collapse on Tuesday.

Later Indian bowlers, especially Jasprit Bumrah (2-29) and Vijay Shankar (2-15) held their nerves in the death overs to limit Australia to 242 and seal the deal for the home team.

"I think he (Kohli) was the difference, for sure. We had a couple of really good partnerships, Marcus (Stonis) got 50-odd, couple of guys got really good starts but we didn't have that one guy (player) who got on with it," said Cummins, who returned with figures of 4-29.

"So for them to have someone like Virat in at the end, facing lots of balls, he was probably the difference between them getting low-200 or 250. (It was a) really good innings - chanceless.

"(And he) just played really good shots. I thought for the most part we bowled quite well to him but especially the way he played some of the spin, which looked quite tough to play on that wicket, was certainly the difference."

The 25-year-old pacer also said Kohli is someone "who just looks in complete command of his game at the moment". 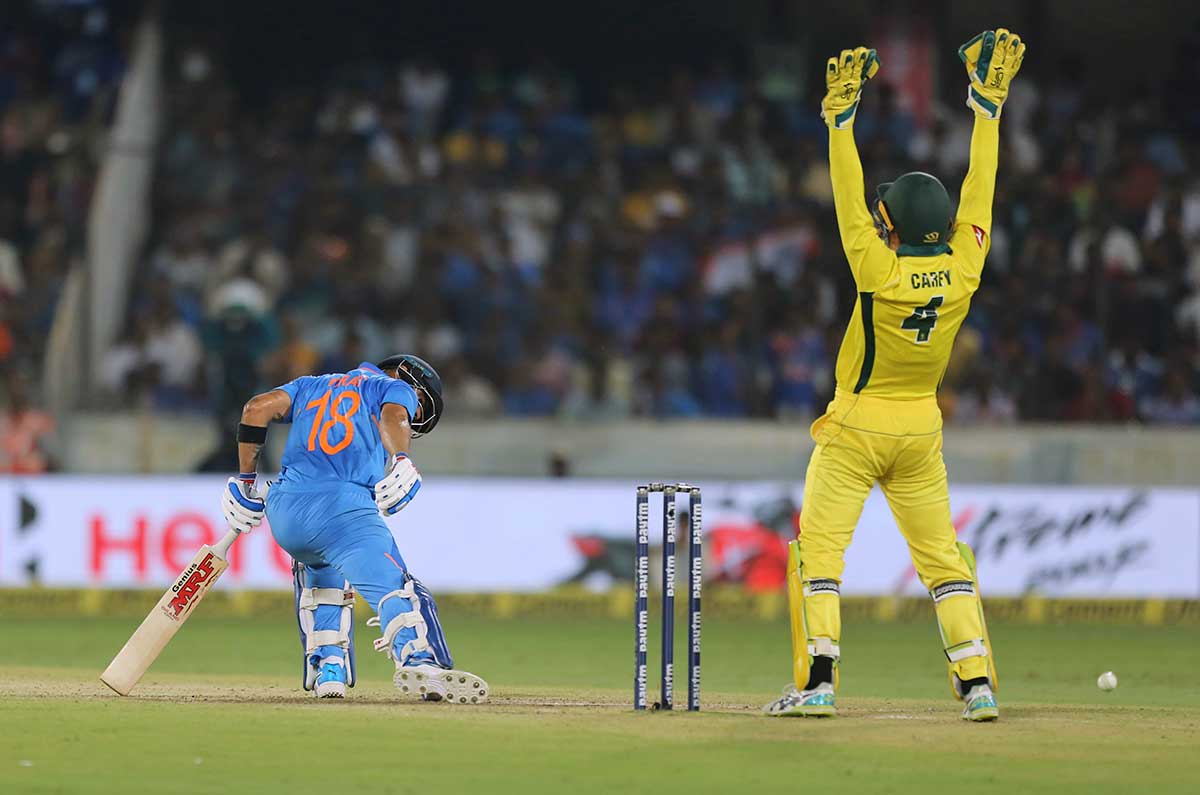 " .but he (Kohli) batted beautifully, he didn't give any chances, he looks like he got so much time. If someone bowls well he's happy to wait on them and cash in later, he doesn't miss out on too many bad balls," said Cummins, who has played 44 ODIs.

Cummins also said that there were a few positives for the visitors to take from the game.

"Bowling a team out is good. The way (Adam) Zampa came back, got two big wickets that was a great sign. Nathan Lyon hadn't played a lot of one-day cricket lately, to come straight back in it's quite different from Test cricket, he seemed to be firing them in there and kept the scoreboard quite tight, so another great positive," said Cummins.

On the personal front, Cummins said he was content with his performance.

"I love bowling with the new ball, especially in one-day cricket on these sort of wickets, the ball deteriorates quite quickly. So I love getting the brand new ball and trying to swing it around, get a bit of pace and bounce out of the wicket before it tends to go soft. (PTI)

Virat Kohli to be conferred with Polly Umrigar Award