At least 19 trains are running late due to low visibility in the Northern Railway region.

New Delhi: At least 19 trains are running late due to low visibility in the Northern Railway region.

However, according to the India Meteorological Department (IMD), temperatures have increased by 3-4 degree Celsius over most parts of Uttar Pradesh, east Rajasthan and at isolated places over Haryana, Delhi, Punjab, and west Madhya Pradesh.

The weather body has predicted that there will be no cold wave in Delhi till January 4. 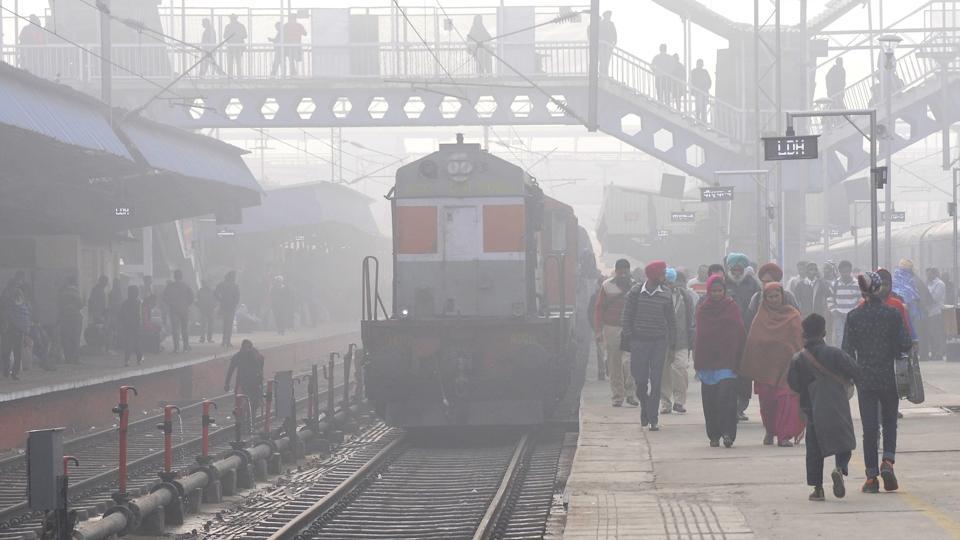 Meanwhile, the Air Quality Index (AQI) in Delhi continued to be in the 'severe' category. According to data provided by Delhi Pollution Control Committee (DPCC), AQI was recorded at 420 (severe category) in Anand Vihar, 364 (very poor) in RK Puram, and 428 (severe) in Rohini at 7 am on Friday.

65 trains affected due to low visibility in northern region