UN Secretary-General Antonio Guterres is saddened by the loss of life and the destruction as a result of Cyclone Amphan in India and Bangladesh, his spokesman said Saturday.

Washington DC: UN Secretary-General Antonio Guterres is saddened by the loss of life and the destruction as a result of Cyclone Amphan in India and Bangladesh, his spokesman said Saturday. 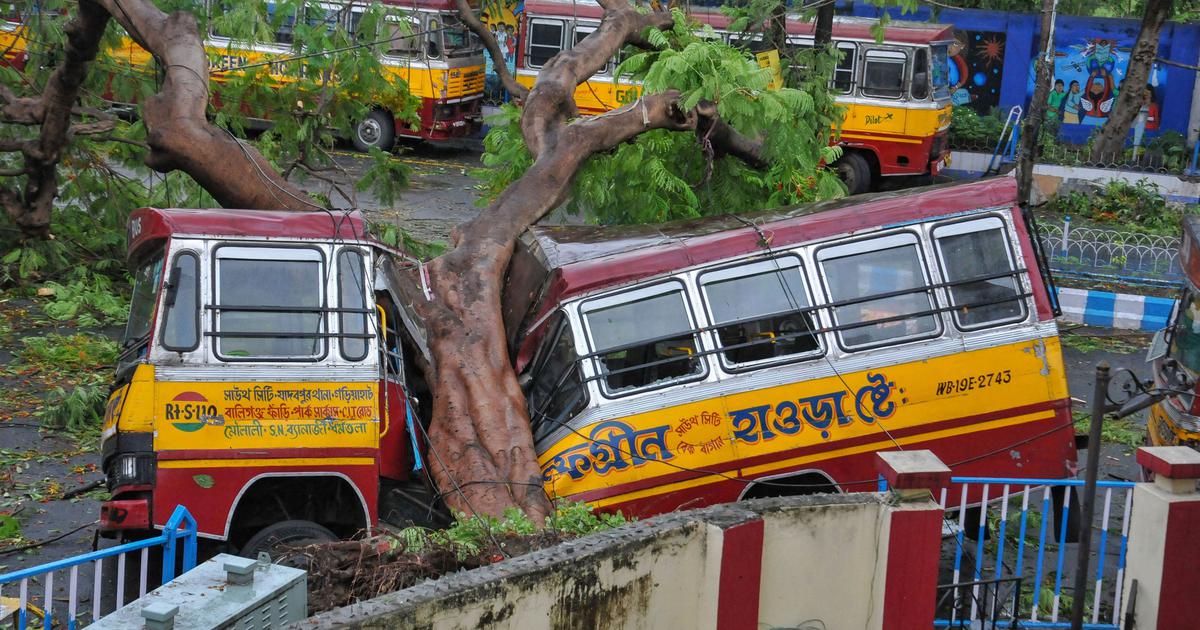 Guterres extended his deep condolences to those who have lost their loved ones and wished those injured and affected by the disaster a speedy recovery, said Stephane Dujarric, the spokesman, in a statement.

The secretary-general commended the governments, first responders, and communities for their pre-emptive work to make people safe ahead of the storm and to meet their immediate needs afterward. The United Nations stands ready to support these efforts, said the statement.

Guterres expressed solidarity with the people of India and Bangladesh as they face the impact of a devastating cyclone while also responding to the impacts of the COVID-19 pandemic, it said.

Severe storm Cyclone Amphan in the Bay of Bengal had made landfall around 20 kilometers east of Sagar Island in the Sunderbans on Wednesday afternoons snapping telecommunications, power lines and cutting off roads links.

Due to the cyclone, more than 80 people have lost their lives across West Bengal and at least 25 in Bangladesh. On Friday, Prime Minister Narendra Modi announced a USD132 million emergency relief package, after travelling to the region to survey the damage.

Meanwhile, Rohingya camps had been largely spared from the damage caused by Cyclone Amphan in Bangladesh. Dhaka evacuated around two million people before the storm hit, and more than 12,000 cyclone shelters had been set up with COVID-19 prevention equipment, including masks, sanitizers, soap and hand washing facilities. (ANI)

Amphan: Cyclone Amphan weakens into a deep depression over Bangladesh